When I first went public with my experiences and relationship with my narcissist, Julia, honestly, I was embarrassed.  “But, why?” you might ask. 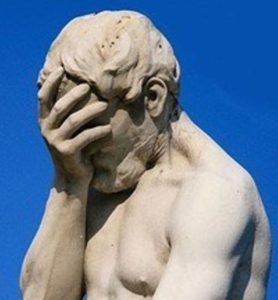 In a nutshell, it was the ridiculous number of times I took her back or, on more than one occasion, I went back.  At the time, I had only just begun learning about NPD (Narcissistic Personality Disorder) and the inner workings of narcissistic people/relationships.  I had absolutely no idea that this incessant and repetitive back-and-forth was par for the course, the status quo, 🅽🅾🆁🅼🅰🅻, as it were, when involved with a narcissist.  So, just how many times did I take her back or return?  Well over two dozen times. 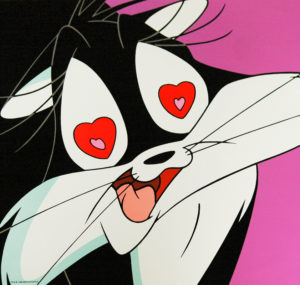 outside looking in.  Let’s be honest, the hell our narcissists put us through is some pretty crazy stuff.  But from the inside looking out, each one more time is renewed hope, one more chance that this time things will work, that our narcissist’s prolific professions of love are indeed genuine and that we are truly loved how our narcissist wishes us to believe we are loved.  If only…**le sigh.**

If anything, we were nothing more than a very convenient method of filling our narcissist’s emotional and psychological coffers to overflowing with our attention, affection, adulation, and love.  In point of fact, the only thing truly insane about all of this is the degree and depth to which we love(d?) our narcissist.  Isn’t it?  To be 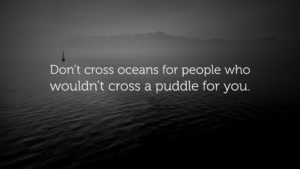 perfectly honest with you, there really wasn’t any limit to what I would have done for Julia, or to what I did for her.  Anything from sacrificing time focusing on my health by skipping more than one gym excursion and or missing putting in a few miles cycling, giving up quality time with my son, ignoring duties and responsibilities around the house, and even shirking critical responsibilities at work.  In fact, I jeopardized my job and my livelihood on multiple occasions for Julia!  No, nothing illegal.  Nothing of that nature.  I simply chose to spend time with her instead of focusing on my professional and occupational obligations.  And all because she had done such a magnificently stellar job of trauma bonding me to her, I found I was deathly afraid of losing her.

This is not to sound, in any way, desperate or “clingy.”  In fact, I’m quite the opposite type of personality.  If anything, I relish my alone time.  And although you might find this hard to believe if you’ve read even a 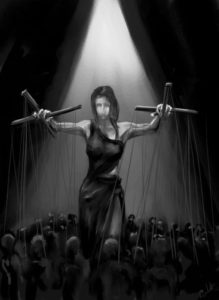 handful of my loquacious articles, I find hollow and empty interlocution and conversation draining.  However, I absolutely cherished my narcissist and our time together.  As I said, the trauma bonding had most assuredly cemented my commitment and undying devotion to her.  So, when she was unfaithful to me not once, but twice, and with two different men, I still, foolhardily, forgave her and took her back.  Her sister-in-law, with whom I’d become close, found out and said something to the effect of, “I mean, my God!  Have some self-respect.  If [her husband, Julia’s brother] had done that to me, I’d have left him!”  And there’s the looking in from the outside I mentioned a moment ago.

The thing is, when you’re on the inside looking out, in the thick of it – the one who’s being gaslighted, trauma bonded, manipulated, abused – you simply don’t see it.  Or rather, you do see it, but you don’t see that you see it.  What 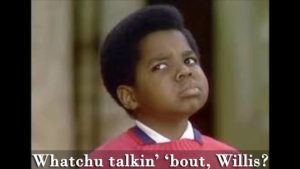 do I mean?  Well, think about it.  When you were with your abuser/narcissist, did you sit there and think to yourself, “This simply isn’t right.  This isn’t how love is supposed to be.  Love shouldn’t hurt.”  Well, maybe.  Perhaps for a split second, but then you “realized” you were being overly sensitive, paranoid, too demanding, and not understanding.  Right?  Wrong, beautiful.  What you knew, and what you had been conditioned to see and believe are not even close to being one and the same.  What’s the best way to keep someone under your control?  Keep them constantly, mentally and emotionally off-balance and confused so they don’t know which way is up.  And, above all, make sure they doubt their own perceptions of reality (gaslighting) so you can interpret (warp) their reality for them.

I remember, after our last discard phase, actually the final discard, Julia and I were friends/followers of each other on social media.  Within about 2-3 weeks of that last discard, she was saving all sorts of pins on her Pinterest for wedding dresses, rings, flowers, locales, etc.  As with most narcissists, Julia 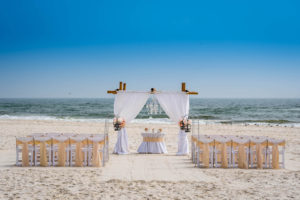 had a rather sizeable Facebook friends list and, as such, there almost always seemed to be one friend or another of her’s getting married.  However, something about this felt different.  There was an unusually high number of pins being saved on an almost daily basis, more than someone would save who was just looking for ideas for a friend.  I almost, almost, facetiously messaged her asking when the big day was, but I didn’t.  I simply stopped following/unfriended her and blocked her across the board on all social media.  I knew what she was up to and I simply didn’t want to be privy or a party.

In the end, there were so many things I allowed Julia to do to me both emotionally and psychologically, although physical abuse was (fortunately) never a part of our toxic and destructive relationship – of that, I am quite thankful.  The only thing that still leaves me feeling unsettled is the fact that I didn’t set healthy boundaries and stand by them.  The fact that I either allowed her to 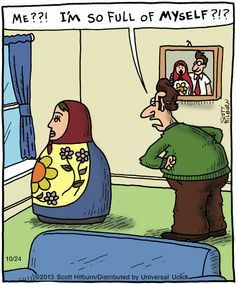 come back, or I besought her to return, over two dozen times and empowered her to continue her unbridled narcissistic abuse with wild abandon, leaves me absolutely gobsmacked. But that’s me on the outside now looking in.  As I suspect has probably been the case with you, beautiful, I’d been gaslighted and trauma bonded into believing that Julia was so much more amazing than she actually was.  That a life without her was an unbearably empty and abysmal existence.  But the reality is, if I had done so, if I had, instead, followed her sister-in-law’s advice and, “…had some self-respect,” Julia would probably have left much sooner and I would have been much better off, much sooner.  So what have I actually lost? A physically absent and emotionally unavailable partner who was incapable of being faithful or even 10% committed. Doesn’t sound like I lost anything worth having and definitely nothing worth keeping. What about you?