“You’re the only one who can save me.”  Or so I thought.  Discard phase after discard phase, time and time again, I kept turning to my narcissist, Julia, thinking, hoping she could satiate this hunger gnawing away within me.  That she would quell the empty echoes silently reverberating in my heart and my mind, quenching the fire that seemed to sear with a great fury what little bit 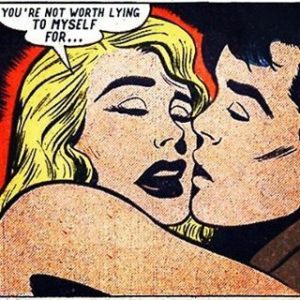 of me, of my soul that remained after her latest in a long line of departures from my life.  It wasn’t that I was longing for external validation, needy or clingy.  To the contrary, I cherished my solitude;  however, I’d had a taste of how amazing love could be, at least how amazing Julia made it seem in the initial love bombing phase – and I craved more of its addictive sweetness!  But here’s the kicker; if Julia had been a normal, emotionally, and psychologically healthy person, if she had been someone who was genuinely kind, loving, and selfless, she most assuredly could have been the one who would have offered the deliverance I sought.  But she wasn’t because she isn’t.  Julia, as with all narcissists, only ever has one thought perpetually preoccupying and permeating her mind: self.  I wanted to believe she was the beautiful, innocent, loving girl I had first met and fallen in love with some 4-½ years earlier.  But she wasn’t.  I deluded myself into believing that she wasn’t the broken, twisted, manipulative creature she is.  And thus, with 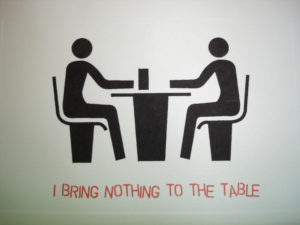 each discard phase, I found myself lamenting and languishing, longing for her touch and her presence to restore some semblance of peace that had long ago gone missing in this silent war that raged betwixt us.  Alas, such serenity was not to be mine.

Here’s the thing, narcissists, all narcissists, will never think of anyone other than themselves.  Yes, they’ll call you to talk, or perhaps even venture to see you and spend time together when they’re not busy and or only when/if it suits them to do so.  I honestly cannot even begin to count the number of times Julia called or texted me in some sort of a panic or pickle – her (nursing) Care Plan was due tomorrow and she couldn’t complete it in time without my help, her washing machine was leaking and she didn’t know what to do, she’d had a horrible day and needed to see me – the list truly is endless as was my love for her.  And so, without hesitation, I was there for 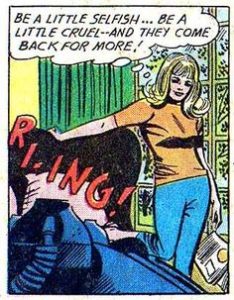 her, day or night.  She commented to me, more than once, “I know you’ll always answer the phone when I call, no matter what you’re doing, you’re always there for me.”  At the time, I thought it was a bit of an accolade, a mini-epiphany on her part, that my love for her was truly boundless.  Although, in retrospect, it was merely her reveling in the fact that I was indeed at her beck and call.  And I was.

However, there was a time or two, though very few and far in between, when I needed her in the same capacity.  And when I would call, I would usually go to voice mail after a ring or two, which means she was on the phone with someone she’d rather be talking to than me.  Now you might think, “Well, maybe her call was actually important.  Maybe she was in the middle of a conversation that she couldn’t leave on a moment’s notice.”  Yes, that’s a valid hypothesis, and almost verbatim what I initially told myself the first dozen or so times;  however, that defense begins to lose credence when you take into account that this was the dynamic all day, every day, for 4-½ years.  And, if someone else happened to call whilst Julia and I were talking? “Oh, sweetheart!  Let me go and see what s/he needs.”  Again: priorities. 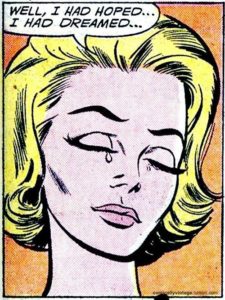 But it wasn’t just phone calls.  Plans made to spend time together would very often fall through because of some unforeseen demand from someone else who said they needed her.  And, to be honest with you, at first, I was actually okay with this dynamic.  I mean, I couldn’t expect her to be there for me all the time.  That’s just not humanly possible.  At least I thought so until I realized I was quite literally there for her all the time.  And then it dawned on me:  priorities.  I was no longer a priority to her.

Oh, yes, she was most assuredly still a priority to me.  In fact, she was one of my highest priorities of any and all that demanded my time and attention and to which I happily gave that time and attention.  It just wasn’t reciprocal.  And you see, that’s the crux of the problem.  Our narcissist has become one of our top priorities, if not our sole 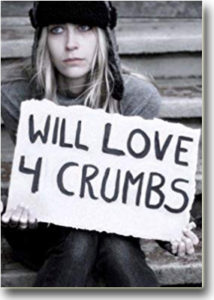 priority, in our lives.  In fact, they are more important to us than our jobs, our health, and in many cases, even our children.  Yes.  A narcissist’s grip is that tight, and yet, that sadistic grip is so gingerly soft, we feel as though it’s love’s gentle caress even when it’s slowly choking the very life out of every other healthy relationship we have.  We know that we love them.  And we mistake their mere crumbs of time and attention as that same love returned.  It’s not.

And you see, that’s the hardest lie of all to dispel.  We not only have to navigate through the deception our narcissist, our abuser has peddled and sold to us as unequivocal truth, we have to accept that this false truth was, in fact, a lie of biblical proportions.  As if that wasn’t enough of a demand on our once unshakable but now fragile gaslit psyche to embrace, we find that we must also accept the truth that we were never anything of worth or value 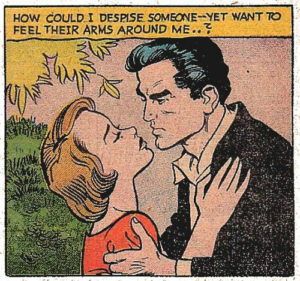 to them, and most assuredly nothing even close to what they meant to us.  They were our amazing, beautiful everything all the time.  Weren’t they?  Even when things got bad, grew ugly, we still saw them as beautiful and good.  And us?  We were never more than their something some of the time.  And yet, we foolhardily believed they would be there for us just like we were always there for them.

We trusted that they would always be there to throw us that lifeline when the waters became too rough and we were drowning.  That they’d be our guiding light on the darkest night, in the most turbulent of stormy waters.  After all, weren’t we that for them?  And that’s where the hardest part of the pending ending with our narcissist, with our abuser, comes into the picture.  We must finally not only realize, but accept that they are not coming for us – 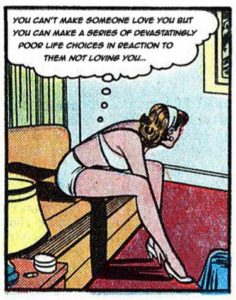 ever.  They are not our salvation.  If anything, they are our damnation.  Beautiful, think about it.  No matter what you had going on in your life, you always found the strength to be there for them, the towerblock for them to lean on every single time they called on you and needed your love and support.  Now, isn’t it time you were there for yourself the way they never were for you?  If not you, who?