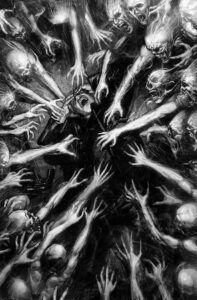 Have you ever noticed that we very often dream about certain things while, not at the forefront of our mind – perhaps not even passing thoughts in our consciousness, possibly buried deep in the recesses of our daily thought processes –  they invariably find their way to the surface as we slumber?  Case in point: I dreamed about Julia, my narcissist, a few nights ago. It wasn’t a bad dream, per se, but then any dreams in which she’s present aren’t particularly pleasant.

In a nutshell, I dreamed that she and I were alone in a room situated at the end of a long corridor. She was tearfully and emphatically lamenting how 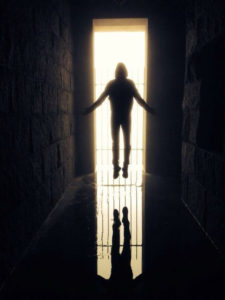 sorry she was for having lied to me, cheated on me, and hurt me. I was livid and didn’t want to hear any of it. I bruskly left the room and walked down the hallway, passing a number of closed doors to my left and right as I walked into another, identical room at the far end of the hallway. She followed me, all the while professing her regret over what she’d done. And again, I’d say nothing. I simply walked out of that room, down the same long, door-filled corridor, to the room we were in just moments earlier.  Again, she followed.  Again, she professed.  This continued for several minutes until I finally woke up.

I haven’t dreamed about Julia in quite some time. “So why now?” you’re probably wondering. Most likely because I found out a few weeks ago that Julia and Arty, her husband, are moving back into town within the month after being in South Dakota for less than a year.  Apparently, czarina Julia 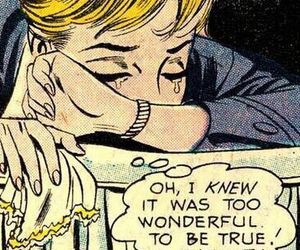 isn’t happy where they are.  And the reality is, I’ll most likely run into her and or them at some point in the near future when I’m out and about.  The funny thing is, when they first moved to South Dakota in about July of 2020, without exaggeration, every single time I went out in public, one thought would always gleefully cross my mind, “At least I’ll never have to see her again.”  You see, of all the things that transpired betwixt Julia and me, that awkward, dreaded, uncomfortable moment of seeing your ex in public never played out for me.

With Julia, I never had to face that no-win scenario, my Kobayashi Maru, as it were.  One might think that my loving and losing Julia was my no-win scenario and, the thing is, if you’d have asked me at any time during our 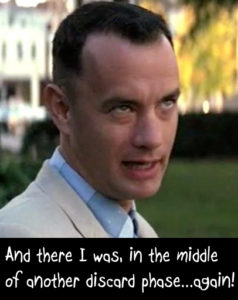 “relationship,” especially after any of the myriad of discard phases and most especially after the final discard, I would have said loving and losing her was indeed my no-win scenario.  However, in hindsight, the fact that she’s no longer in my life is probably the biggest win for which I could have ever hoped.  No.  For me, my Kobayashi Maru is going to be me seeing her again in public or, worse yet, if she unexpectedly shows up on my doorstep one night because, as we’ve established time and time again, you simply can never win with a narcissist.

No matter what you do, if your narcissist is in your life, no matter how fleeting or passing, there simply is no winning with a narcissist.  Having never been subjected to running into her/them in public, I’ve long wondered what I would say if either of those scenarios transpired.  And, to be honest, I’ve even 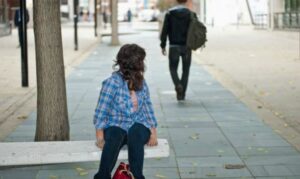 wondered what I’d do in that moment.  Naturally, I wanted to believe I’d ignore her and just keep walking, at least that’s what I envisioned.  It’s been my experience that, in our dreams, we are who and how we truly are at our core when neither our conscience nor consciousness weigh in and decide for us.  Sure, in our waking hours, we talk a tough game of being strong and standing tall against the odds and the storms.  But when a scenario manifests in our dreams and we are forced to face it, how we handle that situation is who we are, what we’d really do, if push came to shove.

Admittedly, for some time after the final discard, I longed to know that Julia felt genuine remorse for all the unforgivable and painful things she knowingly did.  And I suspect you’ve (secretly) longed for that same act of 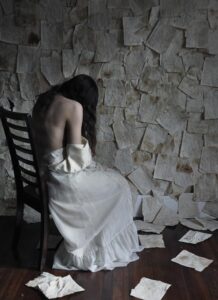 contrition from your narcissist, as well.  There’s no shame in admitting to this very normal and healthy desire.  We’ve been wronged by someone who quite literally meant the world to us, and we long to know that they feel genuine remorse for their actions.  But that’s what we keep forgetting: narcissists don’t have the capacity to experience the same thoughts or feelings that flow so freely from emotionally and psychologically healthy, “normal” people.  We keep hoping they’ll realize and admit that what they did was wrong and that they’re genuinely sorry for being the author who wrote so much pain into this (these) chapter(s) of our life.  But they aren’t sorry.  And they never will be, not truly, despite what they may profess to confess.

So, yeah.  I’m glad to know, if she tried to talk to me, I’d walk away, refusing to entertain her pedantic tripe and carefully rehearsed lies of lamentation

and sorrow over losing me.  But that doesn’t mean I’m the least bit eager to see her even though it’s been almost two glorious years since the abusive toxicity that was us ended.   I suppose we’ll see how it all plays out when/if that time should ever come.  The one thing I can tell you with absolute certainty: when I do finally see her again, rest assured the encounter will find its way here for you to bemuse and all the world to peruse.

Until such time, allow me to leave you with a little tongue-in-cheek chuckle.  With a bit of a smirk, here’s how I humorously envision that moment when I first realize my narcissist and I are about to encounter each other again. 🖖