Do you remember the 1988 song, There She Goes from The La’s? Sure you do! It was a catchy, peppy little tune to which you found yourself tapping 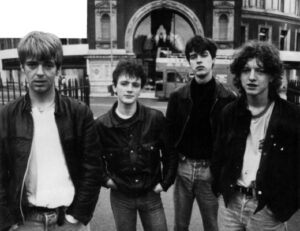 your foot as you sang along. In the years following its initial release, and subsequent three re-releases, several bands have performed covers including Robbie Williams, The Wombats, and The Boo Radleys. However, the most popular cover was probably Sixpence None the Richer. But make no mistake, The La’s were this diddy’s daddy. If you love the song, I’m about to ruin it for you. (You’ve been warned.)

If you’re not aware, despite objections to the contrary, the song is actually about heroin and heroin addiction. “She” is the heroin that’s, “racing through my brain.” If you really think about it, doesn’t addiction pretty 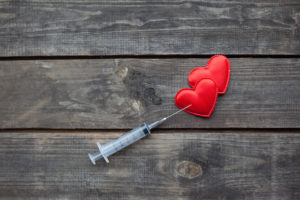 perfectly sum up what we felt for our narcissist? How aptly the lyrics recount the embodiment of an addiction to a person,
“There she goes,
There she goes again,
She calls my name, pulls my train.
No one else could heal my pain.” I can remember, many times, spending one weekend day, or if I was lucky, 𝘵𝘸𝘰, with her, and, by Monday morning, I felt fantastic! I entered the week ready to take on the world. But by Thursday, I was jonesing for another “fix” pretty badly. Sound like an addiction? Yeah. Cos it was.

And weren’t we willing to sacrifice anything, quite possibly everything – albeit our job, family, even our livelihood – and all for nothing more than that next “hit” of our narcissist? I know I certainly made some poor decisions based on want and desire. More than once I went into the office 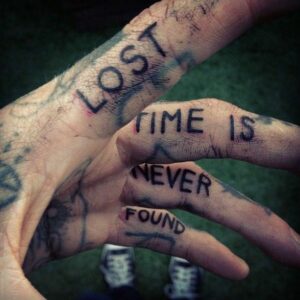 anywhere from an hour or two late, just to be with her that much longer that morning. To be perfectly honest, there were days when I just couldn’t leave her and I called in, spending the entire day with her. I knew there was a very real possibility I could lose my job if this was discovered, but by her side was the only place I wanted to be. So, I was. Then, in a flash, we were over. At least, in retrospect, it seemed like it was a flash; however, the reality is, at the time, those last 6-9 months drug on and on and on, and yet, I simply couldn’t get enough of being with her even though, in my core, I knew I would be so much better off without her. Then, after 4-½ years of being together’ish, I was without her. That was just over three years ago.

The first 18 months after the final discard were probably the hardest, detoxing from my addiction, detoxing from her. But detox I did. Regular readers might recall that my narcissist, my nex (narcissistic ex), is vegan. 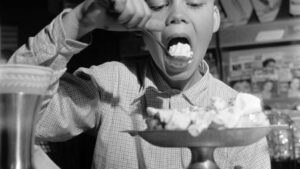 One thing she was always pushing me to do was to kick my love of processed sugar because of what it does to the body. But I really loved my sweet treats. As I mentioned, it’s been some three years since it ended betwixt my nex and me, and, as much as I hate to admit it, she was right – processed sugar is simply not good for you. So, I decided to make a lifestyle change about six months ago, before my body rebelled, while it was still my decision to do so. For two months, no processed sugars of any kind. Without much effort, I lost 15 lbs.

Then, one day, I had a bite of something chocolatey after a meal. I don’t recall exactly what the sweet treat was, but I just wondered if I’d still enjoy it 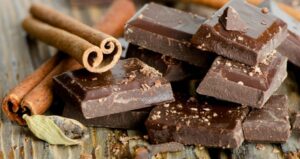 as much as I once did, so I indulged in but a single bite. It was okay. Nothing great, but okay. Within minutes, I developed a raging headache. That told me, with certainty, that I had indeed purged all that toxicity from my system. Not only did I no longer desire it, but I now realized just how bad it had been for me all those years, every time I’d enjoyed each succulently, toxic morsel. I’d kicked my addiction.

Then I found myself pondering the point, “I wonder if I’m truly over my addiction to her?” I mean, I think I am. My thoughts no longer dwell on her. And on that rare occasion when she crosses my mind, there’s no icy-cold 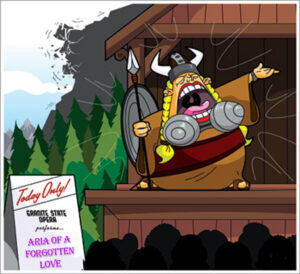 pang in my chest. No lamentation or remorse. But still, that thought lingered, “I wonder if I’m truly over her?” So, for about the last four months, after breaking my sugar addiction, I’ve wondered if I’d also broken my nex addiction. As I’ve previously postulated, I’ve wondered what I would do if I ran into her in public, possibly seeing her and her new husband when I’m out and about. After all, we don’t exactly live in a very large city so that’s a very real possibility. I hate unanswered questions.

My son recently started seeing a girl at his school. She seems like a nice girl. Lots of food allergies, though. Chief among these, she can’t have sugar or dairy. He spent the entire day 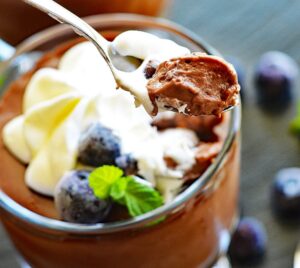 with her, Saturday, and when I picked him up that evening, he asked me to get him some Lily’s dark chocolate morsels. He said they’d made cookies and he loved the taste, “…even though they were sugar-free.” I reminded him of what I’d shared just the day before, “When vegan food is done well, it’s some of the most amazing food you’ll ever have.” The next day, I was at the gym. As I was leaving, I passed Whole Foods. I figured I might as well run in and see if they had any Lily’s dark chocolate morsels. (I know this sounds like an ad placement. I assure you, Lily’s isn’t a paid sponsor.)

As I walked in, it hit me. Whole Foods smells just like my nex’s house! I’d forgotten about that. But it wasn’t an emotionally traumatic moment. In fact, I realized I now actually enjoyed the scent. I walked over to the chocolate bar aisle and there before me were two rows of Lily’s dark chocolate bars. What are the odds? I began perusing the selections, wondering which ones would tantalize his tastebuds

the most. I was so engrossed in my little mission, I didn’t notice anything or anyone else around me. Then, I just felt it. Eyes were on me. As I turned, I saw someone leaving the aisle I was on, rounding the corner to the next aisle. It was her. My nex. That old La’s song immediately popped into my head. There she goes.

I’m absolutely certain she saw me. There was no one else on that aisle other than her and me. As she leisurely rounded the corner, slowly turning her 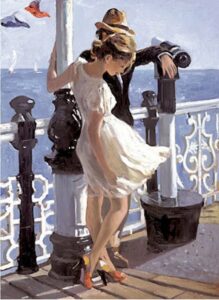 face towards me, but not to me – so I could see it was her through those honey-blonde tresses – I smiled and quietly chuckled to myself as I turned and returned to perusing my chocolatey choices. I picked out three bars and, as I headed to the register, it dawned on me, “If I wasn’t over her, the addicted me would have immediately stopped what I was doing, caught up to her, and tried to talk.” That’s when I had a mini-epiphany: I honestly didn’t care anymore. Sure, I looked for her as I headed to the register but really for no other reason than to ensure I chose a different checkout line. Not a nex in sight. I paid and left.

As I started my vehicle and began to leave, she pulled out from a spot one row over, ever so slowly crossed my path, and got in front of me. She’d seen me on that aisle. She’d gone outside and waited. She wanted to make sure I saw her leaving. Now you’re probably saying, “It’s possible these were all just a string of small, convenient coincidences rolled into one large coincidence.” True. But those sure are an awful lot of what-if‘s rolled into a rather lengthy series of certainties. As she drove slowly in front of me, oh, so very slowly, she turned and parked in another parking space about 50′ ahead, presumably for me to pull in so we could talk. I smiled to myself and kept driving. 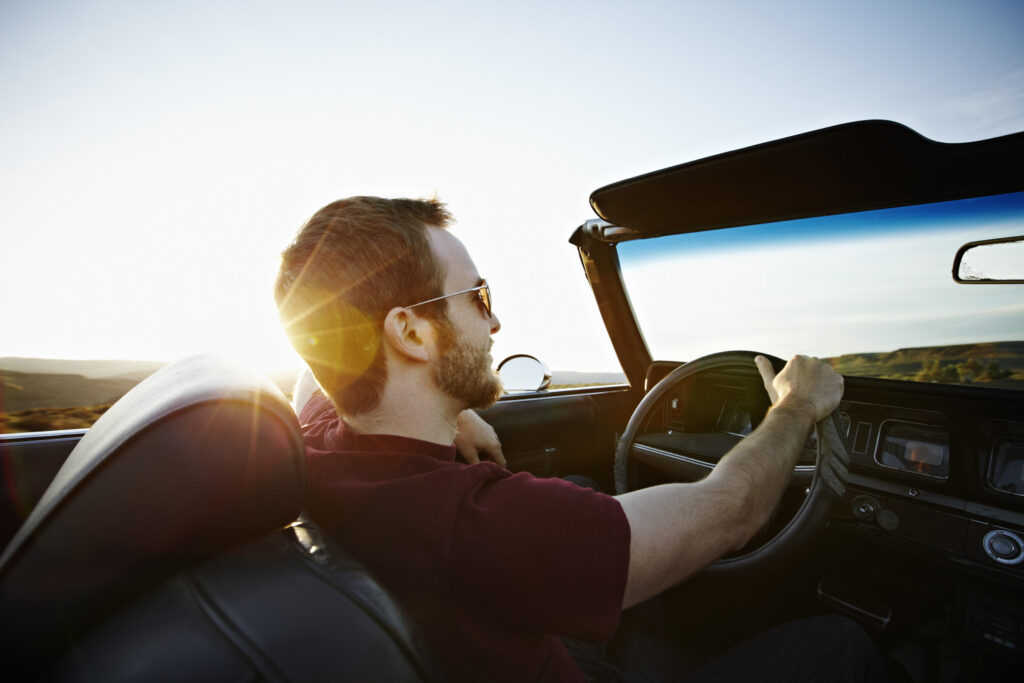