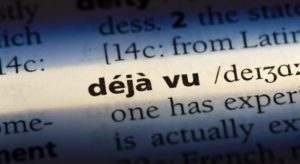 Have you ever noticed how, when the narcissist returns, for a short while, things are not only good between you, things are actually fantastic?! In fact, things are just like they used to be when you first started dating. This is called the hoovering phase. This is the phase that generally occurs after the discard phase. Hoovering, named after the famous vacuum cleaner from the early 20th Century, is when the narcissist acts just like s/he did when you first met. There are grandiose expressions of adoration, emotional moments where the narcissist seems to, “…finally get it!” You think there’s been some grand epiphany! “S/He’s hurt me so much, but now they’re so apologetic, sincere, and loving.  Finally!  This is the turning point for us.” Be forewarned: this is only temporary. Allow me to explain the different phases of a relationship with a narcissist.

Love Bombing: Love bombing and hoovering are not one and the same, though they may feel like it, and here’s the difference. When you and the narcissist first met, this was the critical phase where the narcissist prequalified you to see whether or not you filled the criteria of being an empath. In essence, narcissists are empty shells of a person, devoid of any true empathy or feeling. While they are masters of pretending to feel, to understand, to empathize, to love, they are really only mimicking behaviors they have seen and learned through repeated exposure with emotionally healthy individuals. If you meet the criteria of being an empath, the narcissist will shower you with time, attention, affection, perhaps even gifts and money, all in an effort to lull you into a false sense of security and love  – hence the term love bombing. It’s here that the narcissist sets the hook, so to speak, and begins to slowly reel you in. They know better than to show their hand too soon, so they slowly start testing the waters, pushing a little here and a little there, seeing just how far they can go, deftly stepping over any boundary you may have created, all in an effort to begin to use trauma bonding to irrevocably tie you and them together. When they ever so gingerly step over a boundary, there’s generally a heated debate/disagreement/fight (and generally, the narcissist adeptly twists the situation around and makes you feel the discord was your fault), but you both kiss and make-up, and then they behave…for a short while. You see, for trauma bonding to be successful, there first has to be a power differential in the relationship. It’s sad to say but the fact is, the person who has the most power in a relationship is generally the one who is least invested. The narcissist will repeatedly subject you to intervals of both good and (sometimes abysmally) cruel treatment, mixed with periods of high (generally physical/sexual) arousal and interaction, as well as some very (seemingly genuine) bonding time together. As genuine as it all may seem, it’s nothing more than a ploy. Inevitably, the relationship will hit a snag (as the narcissist simply cannot maintain a reasonable level of healthy emotional exchange) at which point there is some ridiculously small and, many times, insignificant event that will trigger the narcissist to, in essence, take their ball and storm off in a huff. This leads us to the discard phase and it absolutely sucks!

Discard phase: This is when the narcissist punishes you by removing their grand, exalted presence from your life. In short: s/he gives you the silent treatment. The entire time you’re wondering what went wrong. What did I do? Why did that upset him/her so deeply? You must understand, it didn’t really impact them as deeply as they are (overre)acting. This ties back to the trauma bonding and they’re using the discard phase to teach you a lesson, as it were. Generally, at some point, after you have exhaustingly tried calling, texting, e-Mailing, even seeing the narcissist face-to-face, s/he seems to relent and is willing to finally talk with you. Do you see? It’s all on their terms? They talk to you when they’re ready to talk. They spend time with you when it’s convenient for them. They’re willing to work it out when it won’t inconvenience them. And they’re willing to forgive you for hurting them. Yes, you read that right. In their twisted, culpably incapable mind, you wronged them. And they’re willing to accept your apology…now.  But all you know is that they’re finally talking to you, again.  That’s really all you care about at this point.  All those boundaries you swore you’d establish when/if they ever returned, have just flown out the window. You’re just so glad they’re back. They aren’t out of your life any longer and if you want to keep them in your life, all it’ll take is just two little words, “I’m sorry.” So why not? If that’s all it takes to get them back and keep them, why wouldn’t you? So you willingly say it.  And then they’re back, proclaiming they’ll do whatever it takes to make things work this time – talk, therapy/counseling, a weekend getaway (generally on your dime) – and this, dear friends, begins the hoovering phase.

Hoovering phase: This is when they treat you like they did when you first met. They’re amazing! They say sweet and kind things to you. They remind you of those good times together; of laughs, hugs, kisses, and sweet passionate embraces in the safety and sanctity of his/her boudoir or your bedroom. You find yourself falling hard and fast, and it’s just like déjà vu …all over again. You’re reminded of why you fell for him/her and, before you know it, WHAM! You’re head over heels, all is forgiven, and everything is wonderful. The world is wonderful! And love is grand once more. My friend, sadly, this, too, shall pass. For, once again, the narcissist cannot maintain this facade of fantasy love for very long.

With my narcissist, Julia, her best record was about two weeks. But even before that fortnight’s mark, I could see the strain of actually being a decent and loving human being starting to take its toll on her. She’d begin to get irritable and short for no reason. I’d be making dinner and drop the ladle on the stovetop. CRASH!  She’d exclaim, “Sweetheart! Really?” as though it were intentional. (Does this scenario sound familiar to you?)  And slowly but surely, things would once again become strained between us and, invariably, some nothing would happen. She’d become furious, take her ball, and leave in a huff, not to be heard from again for anywhere from one-to-six months. And, of course, I would, as always, try to call, text, e-Mail, talk to her, all to have my efforts repeatedly rebuffed. And it was only when her insatiable narcissistic hunger from not having her narcissistic supply filled with my affections and attention grew to be unbearable, then, and only then, would she finally relent and talk to me. And, care to make a guess what happened next? Yup! The whole process would repeat all over again – the hoovering, the rough and dicey patch where things began to get strained, the discard. Wash. Rinse. Repeat.  I’m ashamed to admit it but this toxic, destructive cycle repeated with us more than 15 times over the course of 4-½ years.  (Yes, I actually counted.)

In a way, now that it’s all over, I honestly feel sorry for her. I mean, it’s not like she asked to be this broken. It’s not like she woke up one morning and decided today she was going to be an abominable person…a narcissist. It happened slowly, over time, and from repeated childhood trauma(s). Now, the big question: Do I forgive her? The short answer is, “No.”  After all, why should I?  Let’s be realistic, here.  She’s an intelligent adult.  Remarkably intelligent, actually.  In fact, she’s one of the most intelligent people I’ve ever met.  And as with any narcissist, she knew good and well what she was doing.  Adding insult to injury, she would frequently state, “I can’t be responsible for the actions of someone else. I can only be responsible for my own actions,” (though she never truly accepted culpability.)

Believe it or not, narcissists do actually know they are treating a person poorly;  however, instead of seeking to do and be a better person, they simply continue with the abuse because, in the end, it’s all about power and control.  So you have to be a better person than them. You have to realize that they, unlike you, are a permanently broken person who will never truly heal or be whole.  Sure, you are broken, but only for the moment.  In loving them, you lost yourself, your identity; your unique beauty.  They broke you because, the reality is, hurt people, hurt people.  So pity them. Feel remorse for their empty, shallow, loveless existence. But never, under any circumstances forgive them. They knew what they were doing when they broke you and they had absolutely zero remorse whilst doing it.  Don’t forgive the Devil for being who he is.

How I Met My Narcissist

🐸The Frog and the Scorpion🦂