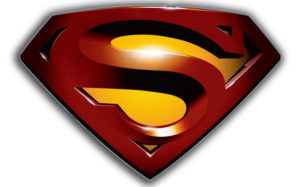 for everything, these days), but that’s what I always called it, “Superman Complex.”  It’s the term I used to describe the uncontrollable feeling of needing to swoop in and save my narcissist whenever it seemed like she needed me.  No matter what I was doing, it suddenly became a secondary priority and she became my primary concern.  She was my Lois Lane. But was I really her Superman?

I’ve honestly lost count of how many times she would call me, in tears or completely out of sorts, and ask me to just listen to her. Morning, noon, or night, I was always there for her. She commented on several occasions, “Every time I call you, you always answer the phone.  I can always count on you to be there for me.” And I was.  Whether I was at work, cycling, in bed, even reading a bedtime story to my son, I was never too busy for her.  More often than not, she’d call me on the way to, and sometimes heading home from, work.  She worked (at the time) in the Math Lab at a local college, so the 45-minute drives back to her apartment were fairly late (usually after 9:15 P.M.).  As she drove, she’d tell me about her day.  Her drive always took her by an exit ramp that led straight to my place.  So many nights I’d tell her, “Babe, it sounds like you really need me.  Why don’t you come?”  99% of the time, I was always met with, “It’s so late, sweetheart.  I just want to go home.  Please just talk to me.”  So we’d talk…and talk, and talk. (And don’t misunderstand, I didn’t mind in the least.  I always loved listening to her mellifluous voice tempered with that beautiful Russian accent.)

Our conversations generally revolved around several of the other men in her life (secondary sources of narcissistic supply (SSNS)) – Dr. P, Mr. B, Danny, Stan, Ricky…someone, something. Most of the time, they were positive conversations.  But sometimes, something had happened and she was very upset.  And as we’d talk, invariably, she’d begin to cry.  It would just crush me to hear her cry.  So I’d stay on the phone with her and listen, offering counsel and consolation, telling her the things she needed to hear to quell her storm.  It wasn’t uncommon for us to talk until 11:00 P.M. or later, even though I had to get up early for work the next morning, I didn’t mind.  And on some of those nights, after she’d gotten home, as we talked, and between the tears, she’d tell me, “Now I wish I would have come to see you,” I’d agree and just keep talking to her and listening.  Then after some time, her phone would buzz and she’d say, “Hold on.  Someone is buzzing my phone from the front gate.  Who could it be at this hour?” (she lived in a gated apartment complex).  I’d tell her, “That’s me, babe.  I’m here.”

I honestly never minded being there for her all those times.  Quite literally any time of day or night, regardless of what I was doing, who I was with, or what was going on in my life.  When she needed me, I always ducked into that proverbial phone booth and donned the big “S”, flying to her rescue.  I used to joke with her that she was my kryptonite and we’d have a chuckle.

But after a few years of this, I began to notice a pattern – no matter how available I was for her, she was never really available for me.  At best, she would invest, maybe, 10% of that same effort into the relationship when I needed her.  I remember, once, I called her, saying I’d had an absolutely horrible week.  I didn’t tell her the specifics.  I just asked her to come.  I was met with a laundry list of excuses, but nothing that was anywhere near the same vein of import as the many times she’d needed me and I dropped what I was doing for her.  I just felt so dejected and told her nevermind.  It wasn’t the first time I’d felt that way.  But there was something about that day, that time, that specific incident – I was done.  That was the last time I talked to her.  In retrospect, she never asked what was wrong or what had happened that was so bad.  She never called me back to see if I was okay.  She never made any effort to even reach out to me.

In a way, I’m glad.  If she had, who knows?  I might still be on that Russian rollercoaster that was the nightmare of being involved and in love with a narcissist.  I suspect you and your narcissist had (hopefully had and not have) a very similar dynamic.  As we have observed time and time again, with the narcissist, it’s always about self.  Everyone else is secondary to the narcissist, even their primary source of narcissistic supply.  I think it took that moment for me to finally realize that even though she would always be my Lois Lane, I was never going to be anything more than her Clark Kent.

How Do I Love Thee? Let Me Count The Ways

I Would Take Poison From Your Hand