Gaslighting: How the Narcissist Causes Self-Doubt

You may have heard the term gaslighting in your travels and, if you’ve ever been involved with a narcissist (my sincerest sympathies), you have most likely experienced gaslighting firsthand.  But what exactly is gaslighting? And how is a perfectly sane person made to question, even doubt, their own sanity?  I’m glad you asked.

The term gaslighting comes from a 1938 play, Gas Light, wherein a husband, who murdered their wealthy neighbor in the apartment above, surreptitiously causes his wife to go insane by convincing her that their dimming apartment lights, and 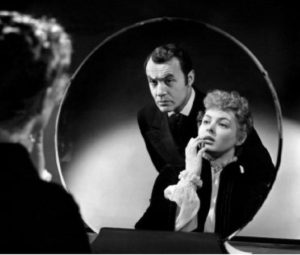 the footsteps she hears (in the now purportedly empty apartment), are all figments of her imagination.

Does that sound like a familiar dynamic?  Even though you know you’re not imaging things, your narcissist keeps telling you that you are?  Or perhaps they assure you that they didn’t say or do something that you very clearly recall they did?  This is a standard narcissistic tactic to further trauma bond you to them as well as to cause you to become subservient, no longer trusting your own judgment or lucidity.  Here is a short checklist of seven statements the narcissist employs to plant the seeds of self-doubt that begins the process of chipping away at your sanity.

Seven Things the Narcissist Will Say to Gaslight You:

Do any of these scenarios sound familiar?  Do all of them sound familiar?  Congratulations!  You have been groomed and unceremoniously emotionally and psychologically raped by a narcissist.  What?  Do you think rape is too strong of a word?  Rape – an outrageous violation; an act or instance of robbing or despoiling a person.  Narcissistic manipulation and abuse sounds like rape to me.  Just because it’s not an egregious, sexual assault makes it nonetheless abominable or unforgivable, nor does it make the series of events any the less genuine or authentic.  Perhaps what hurts the worst is that your narcissist knew exactly what they were doing when they perpetrated these atrocities against you.  And not just once, but over and over again, ad nauseum.  There is nothing to forgive here because there is no remorse from your narcissist.  To be truly forgiven, they must first have regret for their actions.  And they won’t.  They never truly will.   If you forgive them, you condone what they did to you.  If you carry legitimately justified contempt for them, you are irrevocably tied to them even though they have moved on to someone new.  It’s a Catch-22.  So what do you do?  My beautiful friend, you have to do the same – move on.  Many times, the sad reality with moving on is it’s more about coming to whatever uncomfortable peace with what the narcissist did to you than it is about getting over someone by getting under someone new – differences my narcissist could never seem to comprehend.

Regardless of what you’ve been falsely led to believe, the problem is not you.  Yes, you are indeed broken.  The truth is we’re all a little broken.  But you are a whole person who was broken by a broken person.  You are not a broken person – there’s a big difference.  In time, you will heal; they will not.  In time, you will be whole again; they will not.  Forget forgiving someone who unapologetically violated you on so many different levels.  They are forever broken.  They will never have a healthy, happy life or relationship.  Just know that one day, you will be healed and whole again.  Until then, the power your narcissist held over you will slightly wane with each passing day until it’s finally nothing more than an infinitesimal spark that briefly flashes one last time in the darkest recesses of your mind and heart before it is forever suffocated in the silence of the narcissist’s vacuumous absence. Take solace in the knowledge that you will heal.

Two of the Hardest Things You Will Ever Have To Do…

A Smorgasbord of Crumbs