It’s been said that all is fair in love and war.  Sadly, when involved with a 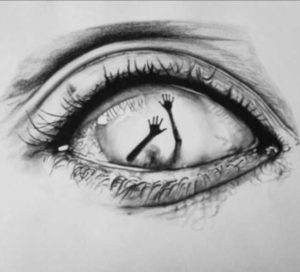 narcissist, love invariably becomes a war.  A war within ourselves, as well as betwixt us and our narcissist, wherein we are the prisoner.  And therein, all pleas for peace and resolution go not only unanswered, but ignored.  As with any war, there are always casualties.  And, as with any war, there are always survivors.  But can one sustain trauma, genuine PTSD, when one has “simply” been involved with a narcissist?  Most assuredly and resoundingly the answer is, “Yes!”

The phrase, “All is fair in love and war,” originates from a 1580 publication, Euphues:  The Anatomy of Wit, by author John Lyly (where the phrase is actually, “…the rules of fair play do not apply in love and war.”).  However, unlike our relationship and time with our narcissist, Lyly’s Anatomy of Wit is a romantic comedy – although, some of the facets that dominated our relationship with our narcissist seem(ed), at times, to take on a wholly farcical life of their own, didn’t they?  Whether it was the absurd back-and-forth dynamic that marred our time together or the ceaseless drama that our narcissist repeatedly decried when all the while they surreptitiously continued throwing fuel on the proverbial flames which they stoked to a hellish fervor while simultaneously proclaiming these unwelcome and heightened theatrics were your doing, there were most assuredly undeniable moments of ludicrous lunacy in that relationship, weren’t there?  If you were involved with a narcissist, you’re most probably reading this, nodding your head in agreement.  And if you were involved with a narcissist, odds are you now suffer from PTSD and, most probably, C-PTSD.  So what’s the difference?  And what can be done to begin recovery and start the journey of healing?

It’s been suggested that PTSD and C-PTSD, are two entirely different disorders.  It’s theorized that these conditions originate from areas of the brain which analyze and

process emotion, memory, and reasoning/logical thought.  And while several mental healthcare researchers have mapped a number of overlapping characteristics shared between survivors of C-PTSD and patients with BPD (Borderline Personality Disorder), PTSD and C-PTSD are different enough disorders to warrant their own individual classifications as noted in a 2014 study where it was found that people with C-PTSD had consistently stable views of their sense of self and their identity whereas people with BPD had unstable views of both themselves and their individuality, with their core identity in a state of constant flux.

While (possibly) two very distinct disorders, people who suffer from PTSD and C-PTSD can exhibit a myriad of parallel symptoms including:

Treatments:
Psychotherapy – whether in a group, or in a one-on-one setting, psychotherapy aids the survivor in discussing and addressing their trauma, feelings, and anxiety, works to improve the survivor’s connection with other people, and to more dynamically aid them when in the throes of a flashback or trauma-induced anxiety.

EMDR – Eye Movement Desensitivity and Reprocessing is basically what it sounds like:  the therapist slowly and repeatedly moves their finger from side-to-side while the patient focuses on that movement as they recount the(ir) traumatic event(s).  While it sounds simple, there is a science behind the technique, though its effectiveness and the physics of how/why it works aren’t exactly understood.  It should also be noted that many of the studies, and successes, were conducted with patients suffering from single trauma events (PTSD) as opposed to patients suffering from repeated traumatic events (C-PTSD).

Medication  – The old tried-and-true resolution to a myriad of disorders and diseases.  While mainstream medicine has received quite a bit of bad press, especially over the last decade or so, with people opting for less-expensive, alternative/natural solutions to prescription medications (e.g. melatonin, magnesium, valerian root, and essential oils for sleeplessness, for example), medicine is neither good nor bad in and of itself, per se.  As with anything, the abuse/misuse of either OTC or prescription medications will more often than not result in unexpected/undesired results.  That being said, any ingested agent that can alter your brain chemistry, and or your perception(s) of reality, needs to be taken responsibly and treated with the respect it deserves, albeit a prescription, OTC, natural/alternative medication/solution.

In the end, a treatment that works well for one person, might not work as well, or even at all, for another person.  I recall, after one of the many times Julia, my narcissist, childishly stormed off and punished me with the silent treatment, I sought professional help from a therapist who prescribed a medication to help me sleep.  It worked amazingly!  After almost, at the time, 3-years of sleeping less than 4 hours per night, I was finally able to get some much-needed rest.  It was absolutely unbelievable how much better I felt emotionally, physically, and psychologically when I started getting a few good night’s rests under my belt.  Conversely, a good friend of mine, who was also going through a similar experience, was prescribed the same medication for the same sleeplessness issue.  It did absolutely nothing for her.  Even when her doctor bumped up the dosage to the point that my friend should have been sleeping for a solid 12-16 hours per night, she was still wide awake.

Regardless of which path you take for treatment and resolution, the one path that I cannot stress strongly enough you should avoid at all costs is the path that leads back to your narcissist.  I wholeheartedly understand how hard it is to walk away from something and someone that once meant everything to you.  Someone who deftly pushed you to sever as many external healthy relationships as they could so you would have only them in your life.  Someone who conditioned you to completely and unwaveringly trust their twisted interpretation of events.  Someone 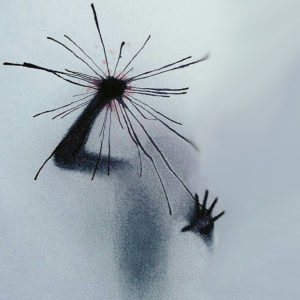 who programmed you to equate abuse with love.  Trust me, going back to your narcissist will only exacerbate the issues which vex you and re-open the wounds from which you are desperately trying to heal.

During the 4-½ years I was under the clouded influence of Julia’s control, I  foolishly went back multiple times.  And for each and every one of those times I returned to a hopelessly broken person and relationship, I came away with a myriad of emotional and psychological scars to add to my ever-increasing treasure trove of scars.  Believe me, I know how hard it is to finally leave and not return or take them back.  Over the course of those 4-½ years, with every hoovering phase, I kept thinking that maybe this time things would be better, things would be different.  That, at last, she “got it!”  That her finally agreeing to go to couple’s counseling would herald the return of the positive and healthy loving relationship we once had (the love bombing phase), a love I longed for and missed terribly, and point us in a more mutually loving and reciprocally nurturing direction, making the dynamic between us as amazing as it once was.  But things never got better.  It just seemed the harder I worked at trying to fix what was broken, us, the more things deteriorated between us.  And do you know why? Because what was broken – her – was something I was never going to be able to “fix.” If you take anything away from today’s article, please remember this one simple truth: it takes two people to make any relationship work, but only one person for it to abysmally fail.  And that one person is not you.  It never was.

Where Did You Go?