The Absence of Your Presence

How long did you fight for your relationship with your narcissist?  Six 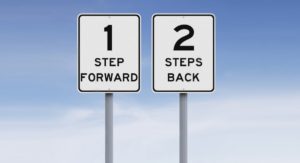 months?  A year?  Five years?  Longer?  No matter how long or hard you fought, did you notice one repeating theme?  The harder you fought, the longer you tried, the more you sacrificed, all of your efforts were directly inverse of your narcissist’s.  In other words; for every step forward you took to make things better, your narcissist indifferently took two steps back.

This all too common dynamic plays out repeatedly, ad infinitum, in every single narcissistic and abusive relationship.  And it’s really no surprise considering that narcissism is, in and of itself, a form of abuse.  What we need to establish is the fact that a narcissist is, for all intents and purposes, an actor.  Your narcissist works tirelessly convincing you, your family, your friends, even your co-workers, that

they are not the reprehensible and abysmal person they truly are.  As a result, this insanely elevated level of nefarious deception takes enormous amounts of energy.  Would you care to guess from where that energy emanates and is stealthily drawn?  Yep!  You guessed it:  you!  Reflect back to how you felt the last time your narcissist walked out of your life.   Did you feel energized?  Or did you feel inexorably depleted?   I’m going to take a stab in the dark and say it was the latter of the two.  That is the end-game for the narcissist – to extract as much of your energy from you before they cast the empty shell that was you, aside.  And do you know how the narcissist surreptitiously extracts that energy?  By the very slow and methodical application of a technique known as gaslighting mixed with repeated (un)healthy doses of trauma bonding.

Allow me to explain:  think back to the first disagreement or argument with your narcissist.  It was probably something small, perhaps even ridiculously insignificant, wasn’t it?  And yet your narcissist blew the entire situation completely out of proportion, didn’t they?  What could and should have been a simple apology on their part, turned into a downward spiral of accusations wherein they attempted to portray themselves as the innocent victim being persecuted by you.  Surprised at their backlash, you asked why they were being so defensive and or confrontational.  They then began accusing you of attacking them and, ever so deftly, covertly turned the focus of the argument back on you to the point you actually found yourself apologizing for being justifiably upset with them in the

Now, think back to each subsequent disagreement, fight, or argument that transpired.  With each one, didn’t you find yourself fighting for the relationship, for your narcissist, for what you (felt you) shared with them, just a little harder?  And what about them?  Did you feel they tried as doggedly as they had just minutes, hours, or even days before to make things betwixt the two of you work?  No.  Not even in the slightest.  And here’s why.  The “love” the narcissist feels for you is a false love.  It is in no way, shape, or form, genuine or sincere.  And, 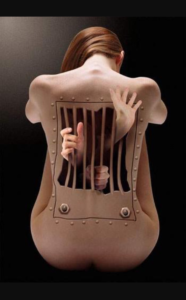 as such, it simply cannot endure.  So, when a disagreement arose between the two of you, and the narcissist was able to (once again) convince you the problem was you, what did you do?  You apologized and said you’d, “…try harder to do better in the future.”  Whilst the narcissist, conversely, made even less effort than before, sacrificed less, and, as a result, obtained more power in the relationship.  And with each instance where this deranged dynamic repeated itself, the less they tried, the harder you tried.  So much so to the point that you were the one investing a solid 90-95% of the effort to make things work while you were barely able to get 5-10% out of your narcissist but they were still, somehow, able to convince you that they were fully invested and wholeheartedly committed to the relationship.  And that is one of the saddest truths of any lecherously toxic, abusive/narcissistic relationship:  the person with the most power is generally the one least invested.  My beautiful, you were fighting for the relationship while, at the same time, fighting for your narcissist’s love, to keep him or her and the relationship from slipping away.  From the beginning, this was an unwinnable uphill battle wherein you simply hadn’t even the slightest chance of prevailing.  Don’t fool yourself, beautiful.  The only thing the narcissist is ever truly 100% invested in is themselves.  Of that, you can be sure.

So when was the only time your narcissist ever actually made any legitimate, quantifiable effort to make things work, to make things right with you and between the two of you?  When you had both fallen apart.  As a result, when you both fell back together, for a short while, a very short while, they seemed to act, do, and be who and how they were when you first met.  That is called hoovering.  But for the heartbreakingly finite length of time it lasted, wasn’t it absolutely magnificent?!  Sadly, as we’ve already established, all of that magnificent effort is not born of a sincere and unconditional love and, as such, it 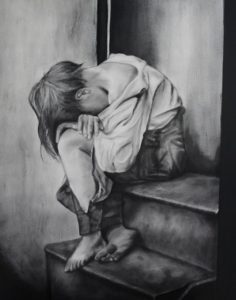 cannot survive, let alone thrive.  And that is why the hoovering phase never lasts with a narcissist.  Believe it or not, the only gift you can give your narcissist that will be truly beneficial for you and for the relationship is the gift of your absence.  For it’s in the presence of your absence that the narcissist finally begins to comprehend the value of you.  They finally begin to realize how they not only hunger, but how they crave and thirst for your unquenchable soul to feed their insatiable appetites.  Beautiful, as hard as it is, leaving is the only solution for you that will be the best thing for you.   And the hardest part of leaving any abusive relationship is staying gone.

The thing about walking away from an abusive relationship with a narcissist is that they make the hoovering phase so bloody amazing!  So much so that you find yourself envisioning and idealizing the next one the moment you begin sensing the current one is waning.  For that short while they were trying, things were almost exactly how amazing they once were when you first met, which is the idea – to suck 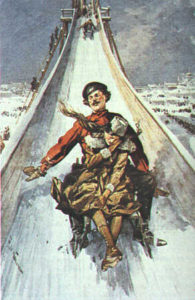 you back in – hence, hoovering.  If you’re strong enough to not allow their return to you, to your life, to your heart, tell them it’s over and never look back.  But if you’re not ready to walk away, that’s okay, too.  Sometimes, we need repeated exposure to an irritant before we can build up a thick enough callus to help dull the unforgiving sting of walking away.  For me, it was 4-½ years of the cyclic phases of hoovering highs and disheartening discard lows or, as I soon came to call it, “riding the Russian rollercoaster.”  For you, it might be six months, a year, five years, ten years – there’s no magic number and there’s no right or wrong answer, here.  Your heart will be ready and strong enough when it’s ready and strong enough, and not a moment before.

Now, here’s the kicker:  the narcissist thinks that each of the discard phases wherein they seek to punish you with their absence and the silent treatment, is their way of teaching you a lesson.  And, in a roundabout way, they are:  they’re teaching you how to live without them.  So, the next time your narcissist tries to teach you that lesson, pay attention in class because there will be a 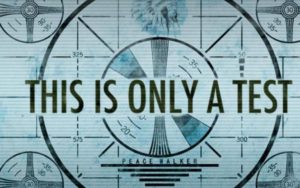 test and you will be graded.  Just remember that the studying, the time away from your narcissist, is the most tormentful and grueling part of the curriculum.  But once you pass your finals, thusly picking up the pieces of your heart and life and begin the liberatingly arduous task of moving on, you will finally embrace the cleansing feeling of a thousand broken hearts being lifted off of you.  You will have finally learned to love yourself the way you once loved your narcissist, and this will be a love that you will carry with you for the rest of your life.  Never forget, beautiful; it’s okay to fight for someone who loves you.  It’s never okay to fight for someone to love you.