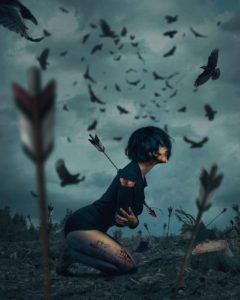 I‘ve heard it said, “The hardest apology to accept is the one you never got.”  The thing about apologies, especially when they’re not sincere, is they really mean nothing when you know the person was fully aware of their actions when they hurt you.  Every sling, every one of their arrows effortlessly pierces your flesh, impales your heart, and our narcissist offers up a mere halfhearted apology as you sit, stunned, staring at this new wound they’ve inflicted?  Think about it.  Does that apology carry any real weight when they’ve done whatever it was they did a hundred or even a thousand times before?  When you know they’ll do it again?  Lather.  Rinse.  Repeat, ad infinitum.  After all, an apology without changed behavior is nothing more than manipulation.

What makes the narcissist’s apology so hard not to accept is that it seems so bloody heartfelt at the time, at the moment when they’re looking at you and seemingly sounding so penitent and sincere, right?  And let’s be honest, the first time they hurt us, albeit emotionally or psychologically or, perish the 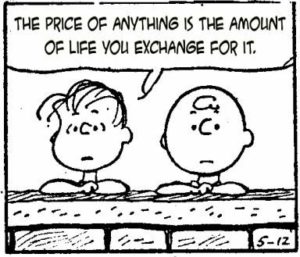 thought, even physically, we want to accept their apology, we want things to be okay, to go back to how they were before we were hurt, wounded, before the trust betwixt us and our narcissist was damaged, possibly irreparably broken.  The problem is, things don’t go back to how they were before.  And on a cellular level, they can’t.  Yes, you can accept their apology, perhaps even force a smile that your narcissist returns, but deep down, in your core, you know something isn’t quite right.  Something’s just not okay.  But you don’t know what it is.  So, you forgive and forget…for now.  Congratulations, you’ve just taken your first step into the toxic realm of trauma bonding. 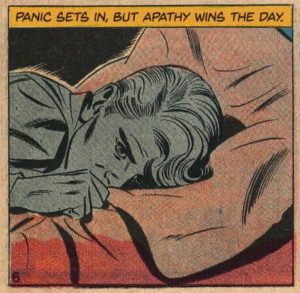 For our new readers, let’s briefly (re)address exactly what trauma bonding is.  In essence, trauma bonding is where your abuser submits you to an endlessly cyclic onslaught of very short-lived euphoric emotional, physical, even sexual highs, followed by abyssally dark and depressing lows – lows which can drag on for days or even weeks.  It’s within this cycle that the narcissist psychologically sinks their claws into you and, for all intents and purposes, makes you theirs.

The thing is, after each slight, after each transgression, the narcissist seems genuinely contrite in professing their heartfelt sorrow over the pain they’ve caused you, although it’s always with the caveat that it’s your fault it happened.  If you hadn’t said this, or done that, then they wouldn’t have gotten so upset or angry and their ire wouldn’t have come crashing down upon you – it’s never truly their fault.  As we’ve already acknowledged, that first transgression, 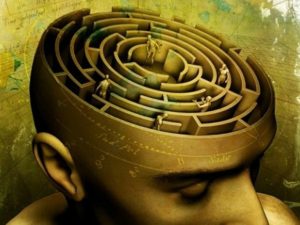 perhaps even the first half-dozen or so which are strewn about and spread so sparsely, you don’t really make the connection, you don’t see the pattern.  But your narcissist does.  S/He is ever so deftly pushing your boundaries to see just how far they can push you before you either stand fast and make it clear that their abuse of you is not acceptable or, as is many times the case, you allow them to continue their abuse because you fear setting a healthy boundary risks losing someone for whom you care so deeply.  You’re as a rat in an ever-changing maze.  But make no mistake, allowing abuse does not, in any way, shape, or form, mean you are weak or a “pushover.”

Here’s the thing, in a truly healthy relationship, you really shouldn’t need to establish any hard-and-fast boundaries.  Consider:  your partner should, at all times, afford you the same love, attention, affection, kindness, and

respect that you freely give them.  Right?  It’s that whole clichè do unto others concept, only it’s a concept that really doesn’t need to be (read shouldn’t be) fleshed out.  After all, love should never hurt.  And if you have to tell your partner that a certain behavior of theirs, or treatment of you, isn’t acceptable, you’re probably already seeing the red flags that were there all along, you simply chose to ignore them because maybe it was your imagination?  Maybe they didn’t really say or do what you just heard or saw them say or do.  But then again, maybe you did.

Odds are it wasn’t your imagination. But your narcissist is going to try and push that narrative. They’re going to try and further their agenda, an agenda rife with mistreatment, misuse, and abuse of someone they profess to love. The goal, you ask?  To get you to feed their ego and to further their own fragile self-serving belief that they are superior, better than you or anyone else. And if you don’t push back, if you don’t set that healthy boundary, that

is exactly what you will become – an almost endless series of meals, a veritable banquet upon which your emotional and psychological vampire will feast. That is unless you make it clear immediately and upfront that, “Sorry,” isn’t enough. Unless you make it absolutely clear that, while abuse may have flown with their previous supply, if toxicity is their idea of a healthy norm, it’s not going to give this albatross of a relationship any lift.  If that’s how things are going to be, if that’s who they truly are, then this relationship dies here, today, before it can ever leave the nest.

So, for the time being, if they apologize, accept it – after all, none of us are without fault – but don’t forget what gave that apology life. Maybe it was a one-time faux pas. 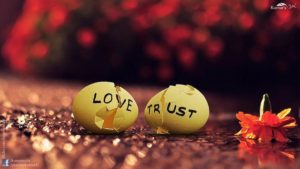 Perhaps they did sincerely slip up and say something hurtful in a heated moment, possibly even accidentally breaking a dish they placed a little too firmly in the sink.  But never forget, an apology without changed behavior is manipulation. And manipulation is never, under any circumstances, love.  It’s abuse, plain and simple, beautiful.