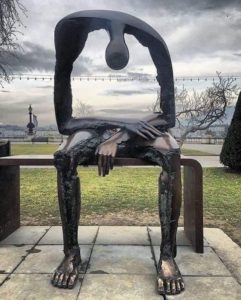 How many times have you felt like giving up?  As survivors of narcissistic abuse, for many of us, some days (actually, a majority of our days), are nothing short of exhaustingly draining.  With the lingering effects of PTSD and C-PTSD from the time with our narcissist, it’s nothing short of a miracle that we can make it from sunup to sundown and just keep it together.  We wake from yet another terrible night’s rest – let’s be honest, another night of tossing, turning, mind racing, heart aching, recollections of what happened, imagined scenarios of what could happen, repeatedly playing out ad infinitum  – only to then greet our day with impotent enthusiasm.

Whatever we might settle on for breakfast, if anything, is yet another unfulfilling effort of ingesting some form of sustenance, anything, just to 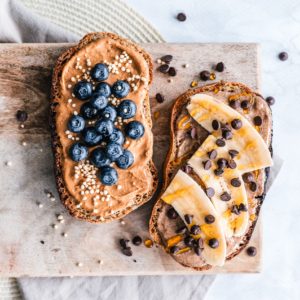 keep us going. Today, just like yesterday and the day before and the day before, is nothing more than an autopilot blur, an empty endeavor to simply fill the time until we can return home.  Between the constant influx of reminders of “them,” and those cursed and insipid memories that keep returning en masse…is this the abysmal level to which our lives have regressed?  Are all of our tomorrows doomed to be repeats of empty yesterdays?  This isn’t living.  It’s just existing.  No!  It’s subsisting.  Hoping against hope for some form of reprieve.  Does that sound familiar?

I spent the better part of a year trying to recover from my 4-½ years with Julia, my narcissist.  But here’s the funny thing about that year, once I accepted that my days were what they were, albeit seemingly hollow and empty, I really didn’t think about anything along the aspects of healing.  Yes, I wanted to heal, I just lost hope that it would actually happen.  I think I’d finally resigned myself to accepting it was over with Julia, and I just…was. 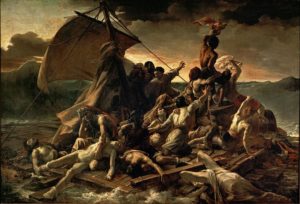 That’s not to say that I wasn’t cognizant of being unhappy or miserably depressed.  Oh, yes!  Of that reality, I can assure you, I was very much aware.  It’s merely that I had long ago released the belief that I had to heal.  As stated, the reality is I simply gave up hope and just blindly clung to whatever debris I could find in the waters surrounding me, deciding drifting along with the current was better than going under.  And it was somewhere in there, between wanting to get better, and choosing to let go of the expectation that I ever would, where I found the solace and the healing I so desperately needed.

Without rehashing How I Met My Narcissist, I’ll simply say she was everything I had ever thought to ask for, and she was so much more than I ever dared to dream of.  The problem was, a cornucopia of bad came ever so cleverly wrapped in that dream of her that was so much more.  I wouldn’t say I idolized Julia, but it was hard not to.  And while I didn’t foolishly put her on a pedestal, I most assuredly cherished and treasured her for the amazing 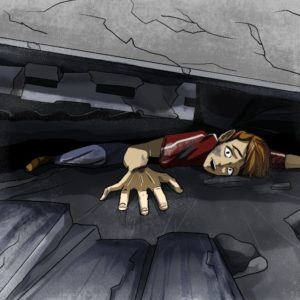 person whom she had deceived me into believing she was.  So, understandably, when the world I had built with and for my narcissist imploded and came crashing down around me, trapping me in and beneath untold volumes of emotional and psychological rubble, I was powerless to do anything.  Yes, I struggled and strove.  I screamed, pushed, and tried to claw my way out.  But it didn’t take long for me to realize I was indeed trapped and no salvation was coming, no rescue mission would be mounted.  I was lost and no one cared to find me; not even me.  It was here where I finally accepted my fate, in essence, I just lay there, psychologically imprisoned beneath the mountainous debris which I now found myself emotionally entombed, no longer caring in the least about my predicament, simply waiting to take my final breath.  In fact, I welcomed it.  But that final breath never came.

Within weeks of the final discard, Julia moved on to another source, “a friend” from her reverse harem with whom she’d been testing the waters as a replacement.  In fact, she wound up marrying this “friend” just three months after that final discard and moved some 1,400 miles away less than a year later.  But during that year, day in and day out, I 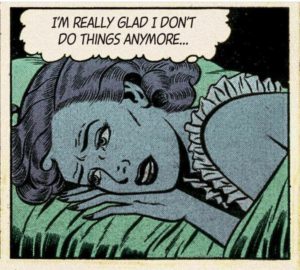 blindly, pedantically, plodded along.  I really didn’t try to occupy my time or mind with anything specific.  I’d long ago given up hope of any liberation, of any reprieve or release.  As I’ve said, I just…was.  And that’s where and when I truly began healing and how I found my salvation.  But here’s the really funny part – I don’t remember healing.  I don’t remember getting over losing Julia.  I literally just woke up one morning and realized I didn’t hurt anymore.  I no longer cared what she had done to me.

Yes, I remembered her lies, manipulation, triangulation, and multiple infidelities – of those facts and that reality there was no self-deception.  It’s just that I no longer cared to focus and ferment on the past.  But don’t 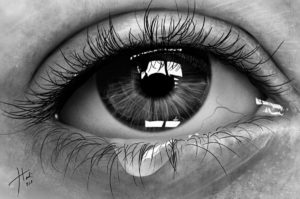 confuse this with forgiving her.  If hers had been an honest mistake born of genuine unintentional action, I could have forgiven her; I would have forgiven her.  The thing about narcissists, all narcissists, they are fully aware, completely conscious and cognizant of what they’re doing, that it’s wrong, and that it’s unforgivable.  And yet, they do it anyway.  So, no.  For that – for fully knowing but still doing with no remorse, no regret, no hesitation – she gets no reprieve, no merciful grace, no forgiveness.

And here’s the thing.  It doesn’t matter if you left an hour ago, a day, week, month or even a year ago, if you are narcissist-free, that is all that matters, now.  But if you find yourself struggling with that freedom, missing him/her from whom you fled, even if you are more miserable than you fathomed you could be or ever have been without them, don’t go back.  It will get better.  You will get better.  If anything, my advice to you would be not to rush your healing, don’t expect it to come.  It will come with time.  As with anything that’s hurried, the end product of a hurried process is of far, far lesser quality than something born of the necessary and careful investment of time. 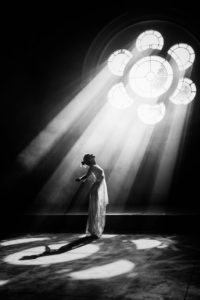 In fact, sometimes, just allowing something to be, can produce far more desirable results than constantly fiddling, fidgeting, and finagling with it.  After all, you don’t hurry a rose to grow, and isn’t it one of the most beautiful things you’ve ever seen when it blossoms?  So why would you hurry your healing when you are well on your way to being beautiful once again?  One of the most beautiful things anyone has ever seen.  Give it time.  Healing will find you, and so will your happiness.