“Am I A Narcissist?” 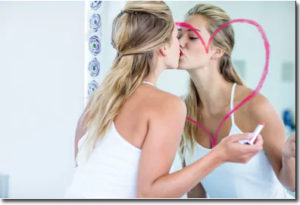 “Am I a narcissist?”  Wow!  That was a tough question to ask myself.  And, believe me, I wrestled with not just the question, but the possibility the answer might be, “Yes!” for many days (and more nights than I care to recall).  The way I looked at it, if the narcissist could love bomb me with an unbelievable love, something I had only ever dreamed of, and I could actually return that very same “love,” didn’t that mean that I was also a narcissist? That I was love bombing her, too?

The short answer is, “No.”  Just because you can return the same ineffable “love” that a narcissist gives or shows to you, does not necessarily mean that you are also a narcissist, per se.  While some might argue, “Well, the fact that you can actually ask the question means you’re not,” much the same way someone will say, “If you can ask, ‘Am I crazy,’ that means you’re not.”  Unfortunately, it doesn’t work like that.  Case in point, I remember more than once, twice actually, my narcissist, Julia, had a momentary attack of conscience and told me, “Sometimes, I can hear him (her ex-husband, her narcissist) when I say things.  The words just come out, I hear myself and can’t believe I just said what I did. Then I realize, ‘Oh, crap!  Mr. B. just came through me!’ ”  So, yes, the narcissist can have a momentary epiphany, however fleeting it might actually be, and realize that they are indeed who and what they are.  And, as we’ve already discussed, the narcissist does indeed know what they are doing and doing to you since they actually control their behavior (generally) when they are in public.

So how do you, or I for that matter, know that we are not narcissists?  We actually have a conscience.  You see, with the narcissist, there is not true conscience.  Sure, they may have that momentary, fleeting epiphany, that brief bout of clarity, but they do not change their ways, their behavior; how they (mis)treat you.  And that, dear friends, is where and how we know we are not narcissists.  For us, being such an abysmally cruel person is simply unconscionable.  More than once, my narcissist told me (word-for-word), “I expect you to put me where God intended the husband to put his wife – above any and all people in your life, including your son.”  I was shocked!  Forgetting that we weren’t actually married, let alone engaged, here she was actually telling me that she expected me to make her the priority in my life instead of my, at the time, 7-year old, son.  But the trauma bonding had done its magic.  Believe me, I wrestled with that decision for some time.  In the end, I tried my best to balance between treating her like a priority and my son like a priority so neither felt unloved or neglected.  It was a very draining and exhausting exercise.  Here I had a woman whom I loved very deeply, telling me she expected to be Number 1 in my life (or else!), and my son, with his innocent, child-like love, who simply feared losing me to her.  In the end, I turned the tables and told her I expected her to put me in that same place in her life that God intended for a husband – above any and all others.  Do you know what her response was?  “We are not married.  When we are married, then I will.”  How’s that for a double-standard?

You see, the narcissist works on the perpetually changing and shifting paradigm of double-standards that they hold everyone else to except themselves.  If I told her, for example, that I didn’t feel like going to church service, “You need to go to church at least once a week!”  But if she didn’t feel like going? “It’s okay.  I can just watch the sermon streamed live and still enjoy the message.”  And it was an abomination to do any kind of work on Sabbath (she’s Seventh Day Adventist)…unless it was her doing the work.  Then it was excuses, excuses.  “Oh, sweetheart.  I won’t have time to do the laundry tomorrow so I have to do it today. I hate to work on Sabbath, but…” However, if I wanted to just, let’s say, wash the car? “But, sweetheart, it’s Sabbath.  Let’s not do any work on the Lord’s Day.”

There’s no winning with the narcissist.  They can, and will, always twist and contort any and everything you say to where they are always the good guy, the one who is right, and you are absolutely wrong.  It’s like contending with an attorney.  The narcissist knows just how to twist your words and, in very short order, get you to begin doubting your own sanity.  This tactic is known as gaslighting.  “I didn’t say that!  But, she’s got me so confused.  Maybe I did.  Yeah, now I think I do remember saying something like that.  ‘Sweetheart, I’m so sorry for what I said.’ ”  In the end, you find yourself apologizing for something you never said or did or, worse yet, they actually did!  It’s always about them and about the control they exert over you and your life.  But publically, they act so innocently.

My narcissist had an entire treasure trove of flying monkeys (technically, a reverse harem).  Flying monkeys are the narcissists’ assistants.  They are enablers, accomplices, campaign managers, voices for the character of the narcissist – think of them as an extension of the narcissist who insures the narcissist’s character is not impugned. My narcissist had a number of flying monkeys, mainly men whom she had wooed and wowed with her batting of lashes, gentle smiles, and feminine wiles.  There was one, we’ll call him Dr. P.  She and Dr. P. worked together and he had, apparently, loved her from afar for about 2-years before he finally came clean to her by professing his love.  And, at one point, she actually moved in with him for about 3-months while we were, “on a break.”  There was another of her favorite flying monkeys, we’ll call her, “Paulina.”  Paulina was a sweet, sweet girl.  As noted in my first blog entry, Julia is Russian, and so is Paulina.  Needless to say, they hit it off instantly.  For some time, she and Paulina were the best of friends – inseparable.  But slowly, I believe Paulina began to see Julia for the narcissist she is, and began distancing herself.

I remember, a couple of times, Julia called me, upset, that Paulina had talked excitedly about an upcoming event and how Julia would love it!  Naturally, Julia was interested and wanted to go.  Then, on the day of the event, Paulina would call Julia and tell her, “I’m at the event now!  It’s wonderful!  I wish you were here with me!”  Julia would lament, “She told me all about it, how I’d love it, but then called me from it saying she wished I was [t]here!  I can’t believe she’d do that to me!”  And I’m sitting there, thinking, “You do that to me all the time.  It sucks, doesn’t it?”  But, I’d bite my tongue and say nothing other than consoling words.  I don’t know what happened between her and Paulina or Dr. P.  The last time she and I talked, her two favorite flying monkeys weren’t talking to her and she was all bent out of shape about it.  For all I know, she seduced them back under her control, again.  But I  hope not.  I hope they found their freedom from her influence.

So, you see, dear friends, this is the life of a narcissist – hollow, empty, shallow, but full of control of everyone and anyone in it.  It’s a constant battle to not only assert but to also maintain as much control over those in their lives to act as their emissaries and delegates to be their support and resounding voices, defending them and their “upstanding character” should anyone begin to see through the veil of deception that is their daily existence.  But if they should lose that control?  Instant ex-communication.  The silent treatment.  Punishment.

🐸The Frog and the Scorpion🦂