Paying the Piper for the Dance 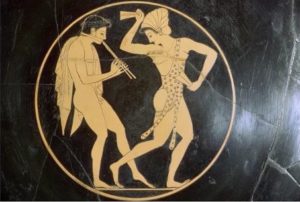 This morning, a co-worker pulled me aside and told me I’d crossed his mind this weekend.
Okay, I’ll bite.  “Why?”
Him:  Man, I gotta say, I got so much respect for you.  You really scored big time! [Clueless look on my face.]  All my life I’ve wanted to have a smokin’ hot chick like that but you got one and you had her for three years!”
Me:  “Four years, actually 4-½.  But don’t think that relationship didn’t come with a heavy price.”
Him:  “Yeah, but man it would have been worth it.  She was amazing!  Beautiful, Russian, a ballerina, smart…”
Me:  “Yes, she was something.  But now I can’t have a healthy relationship with anyone because I’m constantly seeing red flags, most of which probably aren’t actually there.  And what few close relationships I have, now, I could care less if I lose them.  You have no idea the toll it took or the damage it did.”
Him:  “Man, it would have been worth it.  I don’t care what happened, it would have been worth it.”
Me:  “Do you want her number?”

That’s the general consensus whenever someone who had met my narcissist sees me now.  I have no idea why, after all these months, my colleague thought about her or, more importantly, felt compelled to remind me of how beautiful she is…or that pretty much every man who ever met her desired her in a far more than friendly capacity.  Without exaggeration, pretty much every place we went, men’s heads turned because they wanted her.  And women’s heads turned because they wanted to be beautiful and confident like her.  “Beautiful?” Yes, she was that several times over.  But confident, that was one thing she was not, although she projected a great falsehood of confidence.  As with all narcissists, her self-esteem was, at best, more delicate than an eggshell.

I remember a (male) “friend” of hers once commented that he’d never date someone who’d been married before because they were, “damaged,” especially if they’d been married more than once (which she had been).  She was out of sorts for days over that single comment.  I asked why it vexed her so deeply, especially if he was just a friend.  (I postulated that she, perhaps, harbored romantic feelings for him and, knowing that he’d never date a divorced woman, it closed that proverbial door on her hopes.  She (naturally) steadfastly denied there was anything more.)  She said she didn’t know why it hurt.  “It just struck [her] the wrong way.”  And when she got the chance to either be the good Christian she pretends to be and say nothing, or turn around and plunge that same knife in her “friend’s” heart, care to guess what she did?  Yep! 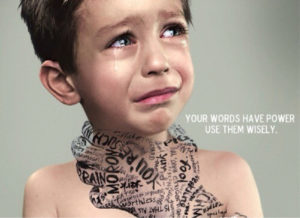 She didn’t hesitate to hurt her friend with similar words when the opportunity arose just a couple of weeks later.  And when he stared at her with his shocked look of disbelief, she replied, “It hurts, doesn’t it?”  The difference?  He was simply making a passing comment about his dating preferences.  She was circling that proverbial conversation’s dead carcass from high overhead, just waiting for the right time to swoop in and peck out its eyes.

You see, that’s the mentality of a narcissist.  If hurt, they can’t wait to hurt back, to take whatever purported wrong or unkindness you’ve visited upon them and avenge (revenge) their crushed self-esteem a thousand-fold.   It doesn’t matter that your words weren’t intended to hurt or even bruise.  Your intent is inconsequential.  Their words are intended to maim and destroy you the way they perceive you destroyed them.  Does this sound like an adult with adult faculties and an adult mentality?  Absolutely not.  It sounds more like a 3-year old.  And that’s basically what you’re dealing with any time you bring the narcissist’s character, their true self, to the surface – an immature, ill-adapted, emotionally deficient, and psychologically broken 3-year old.  Now imagine that mentality in every facet of the relationship, day in and day out.   S/He doesn’t get their way?  Tantrum.  Maybe not in a stomping, fist flailing, screaming, ranting, red-faced, storming-off fashion, but you definitely know you “screwed up.”  Generally, it ends with the narcissist taking their ball, so no one else can play, and storming home to sulk until they feel you’ve sufficiently suffered and apologized enough for something you never actually did.

I can’t help but wonder how long it’ll be before my narcissist’s stunning beauty fades enough that she can’t bat her eyelashes, smile, and seduce men into doing her bidding as they suffer under her dichotomic gentle caresses and berating belittlements, feeding her delicate self-esteem, momentarily reinforcing her ever-eroding sense of self-worth.  I figure, by then, she’ll have long before beguiled, enticed, and trapped some other poor suspecting empath into saying, “I do.”  But, until then, she’ll continue to be that beautiful woman that every man covets and every woman longs to be.  And me?  I’ll just keep paying the piper for the dance, even though the song ended long ago.

It’s All About Me!