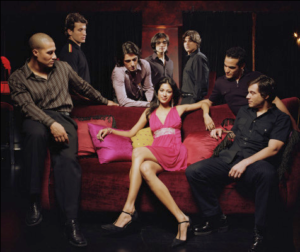 “friends” who consistently express a deeper than friendly affection and attraction to the narcissist?  Generally, this harem or reverse harem consists of people with whom the narcissist has had some form of contact that crosses the threshold of acceptable behavior (especially if they are involved in a committed, monogamous relationship), and or these harem relationships were surreptitiously initiated and cultivated when you and the narcissist were (supposedly) “on a break.”  Either way, this is the status quo and all part of being a narcissist.  But don’t delude yourself into believing that the narcissist is only seeking and nurturing these relationships, interviewing potential sources of secondary narcissistic supply (SSNS), and quite possibly your replacement, solely when you are broken up.  In fact, quite to the contrary; the narcissist is always on the prowl for additional wo/men to add to their [reverse] harem.

unbalanced perception of their own worth – their [reverse] harem.  In the narcissist’s eyes, the value they have is directly proportionate to the perceived value in the eyes of others.  This is why their [reverse] harem is commonly comprised of opposite-sex individuals as the adulation, admiration, respect, and even romantic attraction serve to bolster and embolden the narcissist.  In essence, the narcissist is a social and emotional vampire, forever feeding off of the praise and worship of others.

My narcissist, Julia, at one point, lived with a man from her reverse harem.  Although, to this day, she swears there was absolutely nothing physical that ever transpired between them.  Whether or not there was anything physical is really a moot point.  This man, Dr. P., had had feelings for Julia for about 2 years before he confided that he loved her.  It wasn’t long after Dr. P. made his feelings known that Julia and I had a fight about something else (over another man from her reverse harem), that she moved in with Dr. P. for about 3 months.  Again, whether or not anything happened between them is irrelevant.  The mere act of her moving in with him only served to cement his already unrequited feelings for her and propelled him into a downward spiral of hyper-focus on her and her alone, to the exclusion of all others.  In fact, two different women, closer to his age (he is 14 years older than Julia) expressed an interest in him a little over a year later and he outright told them both he was interested in someone else – Julia.

Another of Julia’s reverse harem men, Richie, one day, “accidentally” texted her, supposedly intending to text a mutual friend of theirs, Stan.  In his text, Richie said, “I wouldn’t date her, but I’d have a one night stand with her.”  Richie’s text was nothing more than a blatantly obvious attempt to see if Julia would be receptive to the idea of a purely sexual encounter with him.  Supposedly, she replied back that he’d texted the wrong person, but Julia had no issues with continuing her “friendship” with Richie for several more years.  And then there’s Stan.  Stan was, at the time, 89 years old.  Yes, you read that right – 89 years old – compared to Julia’s 39 years.  Stan had become infatuated with Julia.  So much so that he was willing to leave his wife of several decades to be with Julia.  (Incidentally, Stan had also cheated on his first wife.)  He told Julia that he loved her and that he longed to be with her and take care of her.  According to Julia, she told Stan that she was flattered but that he was too old for her.  Notice what she said:  she didn’t take issue with his being married, nor the fact that she was romantically involved with someone else (me).  What troubled her was that he was too old for her.  Stan said he understood but continued to spend a great deal of time alone with Julia any chance he got, and Julia didn’t dissuade him from doing so.  True to narcissist form, Julia continued to nurture that relationship with Stan.  And then there is Dr. Hedgeman.  Dr. Hedgeman is a professor at one of the local Christian colleges.  He attends Julia’s church.  They became very, very close.  In fact, he would meet with Julia quite regularly to go on walks, runs, have dinner, etc.  Dr. Hedgeman is also very married.  And he made it a point to express to Julia, on more than one occasion, how very unhappy he is in his marriage.  I told her that he was fishing, that he had romantic feelings for her, and that he was hoping she would reciprocate.  Like any good narcissist who wishes to continue any inappropriate and unhealthy relationship with a member of their reverse harem, Julia reassured me that Dr. Hedgeman was her father’s age (63 compared to her, now, 40) and that Dr. Hedgeman cared for her like one of his own daughters, that his interest in her was purely platonic and fatherly.

This is a mere sliver of the selection of men that were in pursuit of my narcissist for the 4-½ years we were together.  There was also Danny, Chris, Adisa, Bill, Brian, Artie, Josh, several “strangers” with whom she struck up conversations while shopping, etc.  The list goes on and on.  And, like any good empath who thought his narcissist was committed and devoted to him and only him, I believed her when she said, “I love you and only you.  I can’t control someone else’s actions.  I can only control my own.”  But she never, not once, told any of these men that she was in a relationship with someone else.  More than once I told her that wasn’t how a real relationship worked, that when someone else expressed an interest in your partner, the first words out of their mouth should be, “I’m seeing someone,” not, “Here’s my number.”  And her response to my concerns?  “I don’t want to make my private life, 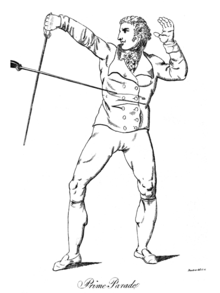 public knowledge.”  Once again, it’s parry and dodge.  Never does the narcissist legitimately assume culpability for their actions or the fact that they are slowly destroying the foundation of the relationship with their primary source of narcissistic supply (PSNS), a.k.a. their empath (that’s you).  And when the inevitable transpires, when the narcissist has finally milked the empath for all they’re worth, and their PSNS says, “No more!  I’m done,” the narcissist simply ends the relationship with their current empath and promotes one of their SSNS to the exalted position of primary source.  This translates into the narcissist dating someone who, for all this time, was never anything more than “a friend.”  Wash.  Rinse.  Repeat, ad infinitum.

Paying the Piper for the Dance