To The Moon and Back

How do you feel towards your narcissist?  Are you still angry and hurting over things ending the way that they did?  That’s assuming that they’ve actually 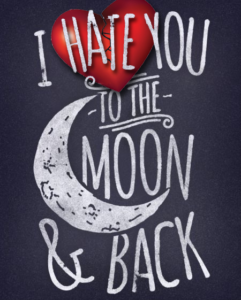 ended.  Don’t fret if you’re still together and you feel trapped and powerless.  You’ll find the courage and strength to walk away and stay away in due time.  Or perhaps you’re still in the throes of trying to figure out exactly how you feel.  Perhaps it’s a dichotomy – one day it’s loathing, vile disdain directed towards your narcissist, then the next day might be fond reflection with perhaps a little despondent indifference peppered-in throughout your day – with these very polar opposites soon becoming your much-dreaded duality of normalcy.  Whatever your current interpersonal, emotional, and psychological state, even if you are still embroiled in the toxic turmoil that is loving an unlovable person, believe it or not, with each passing day you are healing and you are moving ever closer to regaining your precious freedom and cherished, albeit briefly absent, sanity. Perhaps not as quickly as you would like but then things seldom materialize and manifest when and how we ideally visualize they should.  You’ll get there in time.  Every journey has a destination.  Every sojourn an end.

It’s been over a year since I walked away from Julia, my narcissist.  Before that, it had been over two years since she and I bore any semblance of a couple who were genuinely in love with each other.  In fact, those last two years of our 4-½ year relationship, if you can call it that, were really nothing more than me foolishly trying anything and everything I could to make it work while Julia simply made less and less of an effort.  For every step I took forward, she seemed to take two steps back, as though we were hopelessly ensnared in some deranged demonic dance.  And as we’ve observed, the one with the most power in any relationship is generally the one least invested.  And she 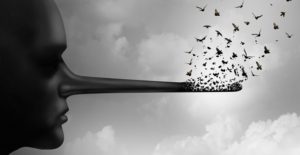 most assuredly had a majority of the power or, more accurately, control.  Does that painful dynamic sound familiar?  Of course, I’m certain she’d be singing a different tune if you asked her to hum a few bars.  In fact, I feel quite confident that she’d fabricate some falsehood in a futile attempt to justify her actions and her subsequent disdain over her status as a deposed despot – a throneless czarina.  And that’s okay.  It’s a common tactic of narcissists to belie the series of events that invariably led to the demise of the relationship, portraying themselves as innocent saints, martyrs, the victims they envision themselves to be, all the while marketing their disheveled and heartbroken (ex-)partner as the primary if not sole contributor to the end of the relationship.

To be honest, I couldn’t care less what truths she fabricates.  I know what actually transpired between us.  And, in the end, that’s what actually matters – embracing the truth that culpability lies not with us but with our narcissist.  In other words, it wasn’t your fault.  But what about you?  Are you still hurting?  Do you still harbor a misplaced sense of ownership for what you perceive as your role in the relationship’s demise?  Are you still angry over what your narcissist did to you, to the relationship, to your shared future and the dreams that you planned together?  It’s perfectly normal to be angry months, even years later.  In fact, it’s quite healthy.  What isn’t healthy is to bottle that fury up inside of you.  Unleash your fury. Vent. 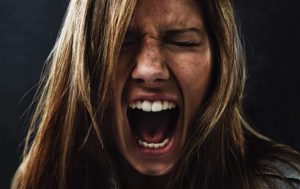 Explode!  Be Vesuvian!  Above all, be honest with yourself about how you’re feeling over what happened.  To hold in legitimate anger, pain, suffering, will only poison your soul, festering and boiling over into other facets of your life and other relationships undeserving of your ire.  But don’t misunderstand, I’m not condoning any action that would bring harm to another person.  Even though, at times, you might feel like taking matters into your own hands.  It’s perfectly normal when someone hurts you to want to hurt them back.  That is a primal survival instinct as ingrained in us by evolution.  It’s when we don’t act on these baser, primal instincts that we rise above who we actually are to become someone truly better.

Are you better?  Have you traveled far enough down your road to healing that you are no longer 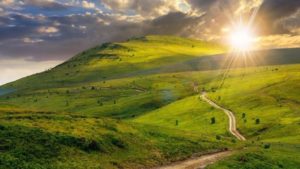 angry?  Maybe you’ve even found the fortitude to forgive your narcissist.  If so, that’s quite laudable, although I would counter that it’s not so much paramount that we forgive our narcissist as it is that we forgive ourselves.  To do so, we must embrace the inalienable truth that our narcissist is beyond redemption and there was absolutely nothing we could have ever done to save them or the relationship.  This is evidenced by the endless procession of second chances which we gave so lovingly, trustingly, and freely to our narcissist during our time together…and apart.  Despite their countless lies, the insurmountable pain, all their deceit, their surreptitiously covert berating and belittling, all those times they were unfaithful to us albeit corporeally or conceptually (or both), we still magnanimously gave them chance after chance after chance to put right all their wrongs and sins they had perpetrated against us and this unilaterally committed relationship.

In my mind, forgiving someone who has wronged you on such a fundamentally soulful and quantum level condones their actions as acceptable and spiritually indemnifies them from accountability, not just to you but to the promise of that shared future they betrayed which had already coalesced as a 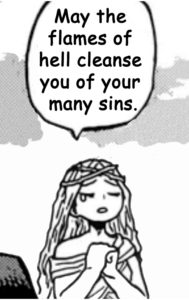 reality in your heart and mind.  I know some people might argue that if we don’t forgive our narcissist, it continues to bind us to them through that negative energy on a spiritual level.  There may indeed be some merit to that.  Although I am of the mindset that if a person is not held accountable for their actions, for all intents and purposes, those actions are deemed acceptable by both the enabler and the enabled.  In other words: if you allow it, it must be acceptable.  Otherwise, you would have set a boundary.  At least that’s how the narcissist perceives it.  Not that it would have made any difference, though.  Narcissists never genuinely respect boundaries.  Perhaps if our narcissist earnestly and sincerely besought our forgiveness, then, and only then, could we even contemplate forgiving them.  But they would first have to admit to wrongdoing, and I believe we can attest from past experience that this will simply never come to fruition.

If anything, it’s perfectly understandable for us to look at all the shattered remnants of a once beautiful and amazing love whose pieces now lie shattered and haphazardly strewn across the floor, knowing full well that it is irrecoverable and beyond reclamation only because we fell victim to a villain of epically biblical proportions.  Perhaps it’s not so important that we forgive the unforgivable as it is that we take solace in the fact that 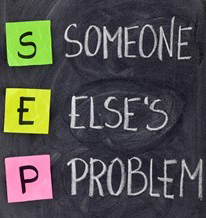 our narcissist will no longer be a harbinger of pain and woe, at least not for us.  On that note, we should rejoice that our narcissist is now someone else’s narcissist.  If your wounds are still fresh, you may not concur.  In fact, you might even miss your narcissist.  And that’s perfectly normal, too.  You were conditioned to equate abuse with love.  I was.  Either way, to relish your freedom from your narcissist doesn’t quantify or betray any purported hatred or disdain for them.  On the contrary, it gives rise to the undeniable truth that we are healing and becoming whole again.  And the glorious reality is that once healed, we never could, nor would, be foolish enough to ever again trust our narcissist with the gift of our heart or our love.

How Will I Know When I’m Healed?

Rise from the Ashes