Line Between L❤ve and Hate

Although it’s been well over a year since I walked away from the abusive and destructive relationship with my narcissist, Julia, I’ll never forget how, with each discard phase, I grappled with an uncontrollably unyielding yearning to return to her (and, believe it or not, on a subconscious level, the abuse).  Even though it wasn’t too long into the relationship

before I saw the cyclic hoover, idealize, devalue, discard phases incessantly repeating, as a result of the malicious miracles of trauma bonding and gaslighting, I didn’t actually put the pieces together until well after the relationship ended and Julia’s brainwashing fog began slowly dissipating from my mind.  However, until that grand day of emancipation came to fruition, as time and the relationship painfully and pedantically plodded on, with each instance of that deplorable cycle of abusive phases coming full circle, I found myself growing more and more resentful of Julia and my apparent inability to tell her the manner in which she was treating (abusing) me was completely unacceptable.  And somewhere along our 4-½ year trek, I crossed that line, the line between love and hate.  I went from loving my narcissist deeply and intensely, to despising her thoroughly.

At the time, the only truth of which I became genuinely cognisant was that each next time with her would end no differently than any of the previous next time‘s had – badly.  And despite the next hoovering phase she would invariably subject me to, no matter how hollowly grandiose her efforts or promises, it was all really nothing more than an ulterior undertaking on her part to, once again, reseat that proverbial hook and ensure I was hers for as long as I had any value as her personal and private emotional bank account from which she could randomly and leisurely withdraw as much of me and my love as she desired.  So despite my better judgment, knowing within my core with absolute certainty that this next 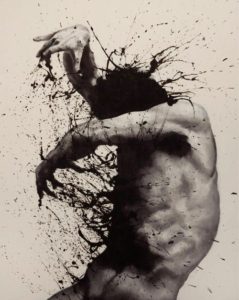 time would again end just as painfully and regretfully as it had each and every time before, I returned to her.  “Why?!”  You might ask.  That’s a great question.

For our new readers, let’s recap a bit.  You see, the narcissist uses a system of punishment and reward known as trauma bonding that cements the loyalty and commitment of their romantic source/s of narcissistic supply to them.  The initial love bombing phase, where you and your narcissist first met and began courting, finds you absolutely dazzled by them, blinded by a love and affection the likes of which you’ve only ever dreamed.  But it’s soon followed by the first in a long line of trauma bonding events.  The emotional and psychological connection created between the narcissist and their supply via trauma bonding forges an almost unbreakable attachment that, while the supply finds it bloody near impossible to leave the relationship, the narcissist can do so quite easily and on a whim, without any regard for the pain they have wrought or authored since the narcissist is not genuinely emotionally invested.

You see, here’s the thing about trauma bonding, no matter how deftly and meticulously a narcissist executes this tried-and-true form of psychological imprisonment, if you pursue a relationship with a narcissist, it will always, without fail, lead to deep-rooted feelings of resentment and disdain towards the narcissist by their supply over the course of time.  And while, yes, we have covered this dynamic and the chronology of the phases of the narcissist/empath relationship in a number of past articles, I say all of this to preface today’s core message – even once-in-a-lifetime love can collapse into once-in-a-lifetime hate.  Believe it or not, no matter how much you might have undeniably initially loved, valued, even cherished 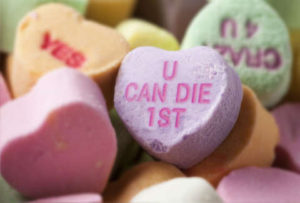 your narcissist, the narcissist/empath relationship will almost always end the same – with the empath broken, empty, emotionally bankrupt, with their once unconditionally boundless love invariably imploding, becoming a deep and abiding love-hate dichotomy towards their narcissist.

The first 4-½ to 5 months with Julia were absolutely paradisiacal.  This is what’s known as the love bombing phase.  During this time, she would come over and stay with me for anywhere from one-to-two week stints.  My place, unlike her apartment, was quite a bit closer to where she worked in the Math Lab of a local college, so staying at my place was a great convenience for her that I relished with equally great fervor.  And it’s here, in the love bombing phase, where the narcissist is testing the waters to see if this new (potential) source of supply has the promise to become an extended (read long-term relationship), if not permanent (read marriage), source.  As such, the narcissist will initially invest vast and immense amounts of time, (false and forced) emotion and energy, but this can only be maintained for a short duration.  As detailed in previous articles, the problem with the love bombing phase is 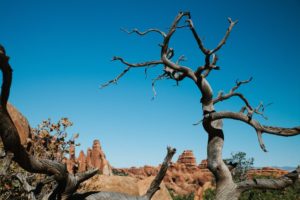 it simply cannot be sustained due to the fact that the narcissist’s love and affection are not a genuine and sincere expression of any true commitment or emotion since our narcissist is undeniably incapable of genuinely loving anyone except themselves.  And even that self-love is hollow, a barren and infertile tree, forever devoid of any fruit.

Unfortunately, there will come a point for the source where the reality of who the narcissist truly is comes to light and we, the source/empath, are as the proverbial deer in the headlights.  We find ourselves caught completely unawares, standing helpless as we watch our demise fast approaching, knowing we can do nothing to avoid the impending 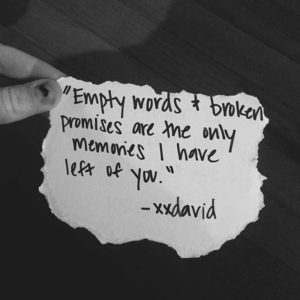 calamity – the subsequent devalue phase which will soon be followed by the inevitable discard phase – which will only be the first of many.  Those last two phases, the devalue and discard phases, will become the cyclic norm for this sham of a relationship.  The idyllic, albeit short-lived, hoovering and  idealization phases which follow each dreaded discard phase, remind us, “…how good things once were,” between us and our narcissist.  And it’s those bloody hoovering and idealization phases that become the proverbial dangling carrot that keeps us returning to this abusive relationship over-and-over-and-over again; ad infinitum.  And within this sadistically cyclic paradigm is where the source will experience their greatest struggle – they will find themselves deeply, unquestionably, and unwaveringly loving their narcissist while, at the very same time, they will hate them just as deeply, unquestionably, and unwaveringly – the love-hate relationship I promised you, earlier.  And therein is your answer to, “Why?!“.

I vividly recall countless times I was nothing short of elated at the mere prospect of seeing Julia whether it was for a few hours, an evening, or the weekend.  However, invariably, soon after she or I arrived at the other’s place, the entire day/evening/weekend went to hell in a handbasket.  And I quickly found myself filled with extreme disdain, almost bordering a fury, over how she was treating me and how insignificant and unwelcome I felt in her presence.  But even then, I simply couldn’t find the strength within to turn the tables on her and, much as she had done so many times in the past and would continue to do so many more times in the future, either childishly pack my things and leave or to tell her I felt it was best if she were to leave.

In the end, I always swallowed my anger and frustration and tried to make peace betwixt us, and she always took advantage of my willingness to push all of those negative emotions down deep inside of me and to, instead, be forgiving.  I honestly lost count of the number of nights over the following 4-years of our 4-½ years together where we drifted off beside each other, her content to have subjugated me yet again, my heart a mere yo-yo, her toy, while I stewed for 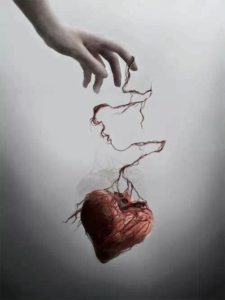 hours on end over how I, yet again, had sacrificed my self-respect, dignity, and happiness to ensure she was happy and appeased just so the relationship could continue for another week, a few more days, or even a handful of hours.

And, you see, that’s the thing about being involved with a narcissist, over time, all of that hurt, pain, anger, angst, self-loathing, begins to fester and simmer to the point that it boils over.  Fights become more frequent and the resultant discord lasts longer.  Each discard phase starts to last longer and becomes more vehement as that bitter wedge is driven deeper betwixt you and your narcissist, pushing you both further apart as you, their empath, become more and more emotionally bankrupt while your narcissist continues to feed on you.  In the end, as that dreaded inevitable final discard phase approaches, all that’s truly left of the relationship, at least for you, is extreme and unyielding contempt, an almost palpable hatred for your narcissist that’s still somehow tempered with the love you’ve always felt for them.  It’s truly a very vacillating and confusing experience.

And while we, as empaths, delude ourselves into believing we can continue suppressing that all-engulfing and consuming pain and negativity born of our narcissist, the reality is that our narcissist knows full well what’s going on, that the inevitable end draws nigh, and s/he is already surreptitiously courting their replacement source of narcissistic supply from  within their trove of fe/male “friends.”  So, while we optimistically and innocently believed we were going to be building a future with our narcissist, something wholesome, beautiful, and everlasting, our narcissist was merely sizing us up, as it were, trying to decide whether we merited the temporary and hollow investment of their resources until such time that they were forced to move on and find another, previously untapped, source of supply from a future survivor of their “love.”

I Loved A Lie