I Loved A Lie

How long did the relationship with your narcissist last?  From the first time you met, till the last time you interacted with them in any fashion.  Mine was right at 4-½ years.  That’s fifty-four grueling months, or 1,643

demoralizing days of the soul-crushingly repetitive cycle of narcissistic abuse – hoover, idealize, devalue, discard – lather, rinse, repeat.  Looking in from the outside, one would think that after several discard phases, I would have finally realized what was going on and never returned to her or the abuse again.  Unfortunately, thanks to the wonders of gaslighting and trauma bonding, I was caught in my narcissist’s web of manipulation and deceit, thinking I was in love with a person when, in actuality, I was in love with a lie.

You see, that’s the thing about narcissists, all narcissists, they are consummate liars who can literally, on a whim, change the person they are to accommodate their most recent acquisition/conquest.  For you see, that’s one of the myriads of special skills a narcissist possesses – the seemingly innate ability to 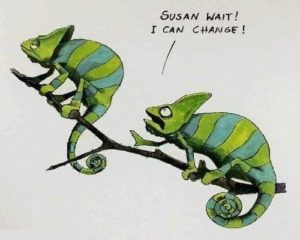 Julia, my narcissist, was no different in that regard, nor was she any different from the cornucopia of narcissists who litter the dating and relationship landscape.  Oh, sure, just like your narcissist, she seemed to be wonderfully different from everyone else.  She was unapologetically brilliant, insanely articulate, remarkably 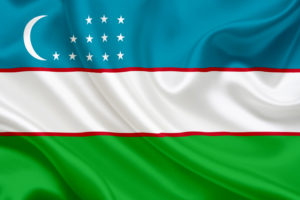 well-educated, in addition to being a very passionate, affectionate, and astonishingly beautiful woman – she genuinely seemed to be “the whole package,” at least as far as I was concerned.  She had absolutely mastered the English language in very short order, having come from her native Chirchiq, Uzbekistan some 15 years earlier, speaking absolutely zero English.  In fact, her English, aside from that beautiful Russian accent, was quite literally flawless.  And being a bit of a goosestepping, grammar nazi myself, that was music to my ears. 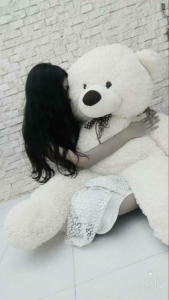 Of course, it didn’t hurt that, dazzling intellect aside, she was also a stunningly lovely and petite girl.  For her 36th birthday, the first that we celebrated together, one of the things I gave her was a huge teddy bear that she named, Mishka, which is Russian for ‘little bear.’  She loved that thing.  And I loved her.  There wasn’t anything I wouldn’t have done for my narcissist.  In fact, there really wasn’t anything I didn’t do for her.  But it wasn’t just me.  She knew precisely how to manipulate people to get exactly what she wanted.  In retrospect, even though I did actually see that side of her, I didn’t realize that she was also manipulating me just as deftly and surreptitiously as she was everyone else.  I’m willing to wager that, as with Julia, if you noticed your narcissist’s stealthy deceptions and manipulation of others, you also thought that you were one of the very few, if not the only person who your narcissist wasn’t manipulating.  And that’s the malignant beauty of duplicitous manipulation – when you do it just right, the other person has no idea they’re being controlled.  She was, or more accurately is, without a doubt, a master of deception and manipulation.

And that’s what kept drawing me back to my narcissist after each and every discard phase.  It wasn’t so much who she really was that I loved but, rather, who she convinced me she was when we 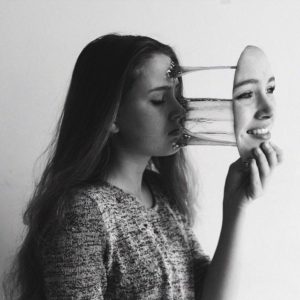 first met.  You see, during the initial love bombing phase, the narcissist is trying to figure out exactly who you are – your likes and dislikes, those things that you adore and abhor – in an effort to better change who they are so they can effectively cloak themselves in a shroud of deception, absorbing then regurgitating and radiating those self-same passions and pursuits you embrace, leaving you feeling that you’ve not only found the one, but to also create as everlasting a bond as possible betwixt the two of you.  “But, why?”  you might ask.  “Doesn’t the narcissist have an identity of their own?”  The short answer is, “No.”  The long answer, well, it’s long.

While the narcissist grew up learning and developing the same as you and me in that they played with friends, laughed, imagined, and dreamed, they never truly developed their own unique sense of self the same as you and me.  Narcissists learned, very early on, albeit via a narcissistic parent or parents, caregiver, and or other chief presence and influencer in their lives, that they could not be who they really were because their burgeoning uniqueness garnered 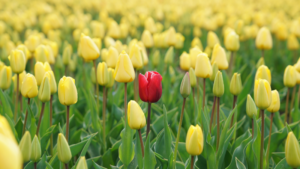 the ire and or critical judgment of that person or those individuals who had a power over our narcissist.  As a result, the narcissist learned that it was “safer” to pretend to be someone else than to be who they truly were.  In that way, they could and would be relatively protected from further persecution and punishment for any of their distinct individualism.  And it worked!  The only problem?  They never really developed a true and unique sense of identity, they only learned to mirror those people around them.  As a result, we are (or hopefully were) dating a psychologically undeveloped child trapped in an adult’s body.

Think about how your narcissist was, not so much in times of relationship feast but in times of interpersonal famine – times of strife, times of stress and turmoil.  How did your narcissist handle conflict, especially with and between the two of you?   Did they sit and maturely discuss the matter with you, listening to what you had to say, then sharing what they had to say, working in unison to reach a mutually agreeable 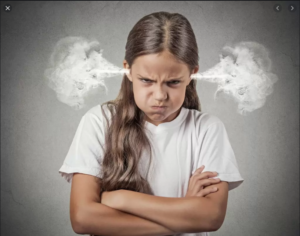 solution that respected you both?  Of course not!  If your narcissist was anything like mine, s/he would take their things and leave in a huff, like a child storming off of the playground with their ball, sulkily marching home so no one else could play.  And just to add salt to the wound, your narcissist would ignore any and all attempts at reconciliation, albeit phone calls, texts, or emails, for days, weeks, even months on end – the silent treatment.  Right?  But do you know what I discovered would facilitate Julia’s response?  If, after a few weeks or months, I simply texted her, wishing her the best.  I told her I hoped she was happy with whomever she had found.  And I genuinely meant what I said.  I genuinely loved Julia and I sincerely wanted her to be happy, even if it wasn’t with me – as painful a concept as that was.  Invariably, she would respond within 24 hours saying she missed me and wanted to see me.  And do you know why?  Because the narcissist absolutely cannot be the one who is left.  S/He must, without fail, be the one who does the leaving.  Again, it’s all about establishing control and maintaining that control, no matter the cost. 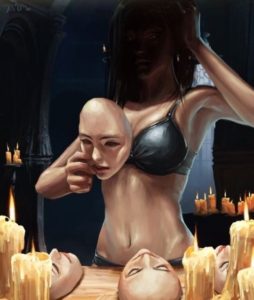 So you see, when we fell in love with our narcissist, it wasn’t the person we truly loved, it was the lie we loved, the person whom they projected themselves as being.  And for each person with whom our narcissist is involved, they wear a completely different mask that mirrors whom they wish to be seen as, always taking care to obfuscate who they truly are, at least until it’s too late for their empath to correct the mistake they’ve made – the point where we’re fully invested in the relationship and committed to our narcissist, heart, body, and soul.  But even then, when we finally see the true hideousness of our narcissist, our rose-colored glasses still effectively cloud our vision and only allow us to see good within someone where none genuinely exists.  Imagine, if we can love someone who is so unloveable with such depth and ferocity, what wonders we could share with someone truly worthy of our heart and devotion.

Line Between L❤ve and Hate

Thief In The Night