Regular readers may recall that in late-November 2019, I was contacted by Veronika, who you might remember from 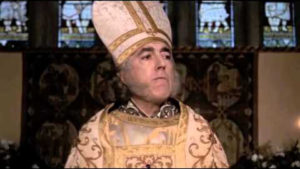 several other articles, informing me that Julia, my narcissist, and Artie, Veronika’s ex-fiance, had gotten married.  This blessed union comes on the heels of a “lengthy” four-month courtship.  You might also recall that my first reaction was to quite literally laugh.  As we have already established, the narcissist will bounce from one relationship to another, in a neverending quest for both external validation and the unyielding thirst to find a replacement primary source of narcissistic supply as a successor to the supply that was lost when the relationship with their empath, (that’s what you and I are or, hopefully, were) ended.  But how could they move on so soon?  Didn’t they hurt over losing us?  Didn’t we mean anything to them?  Didn’t what we share with them matter in the least?

My beautiful, the dishearteningly short answer to those pain-filled questions is, “No.”  The longer answer is, “We were nothing more than an elongated series of meals 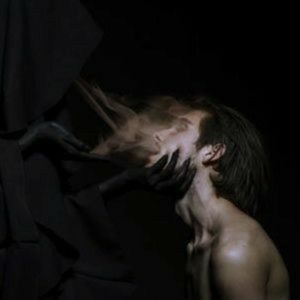 for our narcissist, a banquet for an emotional vampire.”  Once they were done feeding, draining us of everything they could, they moved on to another table at which to dine, another victim on whom to feed, leaving us emotionally bankrupt, bereft, a vessel now devoid of a once vivaciously voluminous and abundant love.  But if we asked our narcissist what happened, why they left, why it’s over, here’s what they would tell us – we were the reason the relationship failed.  It was something we either did or didn’t do, or a combination of the two, that caused what we (thought we) were building with our narcissist to fall apart.  It was all our fault!  Or perhaps your narcissist didn’t spare you this truth, their “truth.”  Do those words sound familiar?  I wouldn’t be the least bit surprised if your narcissist felt compelled to “share” those words with you.  And if they chose to share their “truth” with you, they probably eagerly told you that painful truth over and over again, placing blame for the pending ending solely and squarely on your shoulders. Well, guess what. Their “truth” is a load of BS, malarkey, hooey, balderdash; a fallacy filled with utter and complete narcissistic nonsense.

The only reason the relationship with our narcissist failed is because of our narcissist, plain and simple.  Period.  This is how and why they were able to just 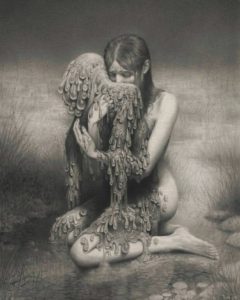 pick up and move on so quickly, becoming involved with someone else in a matter of a few short days or even weeks – in their myopically muddled mind, they weren’t the reason the relationship failed and, as such, they aren’t the one who needed to introspectively search, addressing their role in the relationship’s demise, thus accepting culpability for their actions or inactions.  But let’s be honest, it does sting to see our narcissist moving on so cavalierly, doesn’t it?  So why did I laugh?  Because I knew something Julia didn’t know.

Statistically speaking, most third marriages fail or, more accurately, 73% of all third marriages fail. The reason this number is so high has to do with the fact that people will generally enter into a  new relationship, and even another marriage, very quickly on the heels of a failed relationship/marriage because they are seeking solace and comfort with someone else in a futile attempt to either escape the pain of being alone and or lonely, or they are desperately trying to avoid the reality of their role as initiator and facilitator of the demise of the previous relationship.  We must also consider that we are talking about 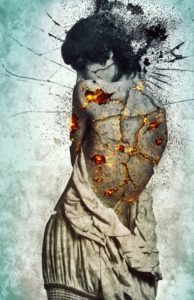 “normal” people.  That is to say, people who are fairly emotionally healthy and psychologically stable, even if they are still hurting and healing from a previously broken relationship.

So when we say that one or both persons sought comfort in the arms of someone else, someone new, via a third (or fourth, or fifth, etc.) marriage, we mean someone who is not as psychologically unbalanced and mentally unhinged as our narcissist.  That being said, when we throw the petty vanity and abyssal emptiness of a narcissistic personality into the mix, it’s like throwing several liters of petrol on an already blazing flame all at once – it’s going to explosively erupt into a torrential fireball which will quickly die down into nothing more than a pile of smoldering ashes with no viable core substance remaining to sustain any true passions that are necessary for any relationship to survive, let alone thrive, especially a marriage.  And, as we have established in several previous articles, most recently Lather.  Rinse.  Repeat., there is no genuine commitment or sincere sanctity in any relationship with a narcissist, not even marriage.

Understandably, Veronika was quite upset when she told me the news about Julia and Artie.  Even though it had been almost two years since she and Artie had split up.  And, I’ll admit, on some level, it stung for me to hear the news, too.  But almost the very moment I heard Veronika’s words, “Julia and Artie got married!” that little nugget of knowledge about statistically high failed third marriages popped into my head and whispered, “Remember me?!” and I couldn’t help but laugh.  Now, please don’t misunderstand.  My reaction was, in no way, born of pettiness or jealousy.  On the contrary, a part of me felt pity for Julia.  You see, over the course of our 4-½ years together, through crocodile tears, she had lamented a number of times that 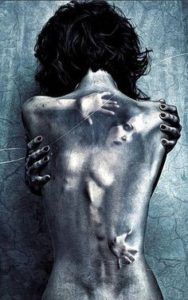 it was so hard for her to follow-through with a second divorce because, in her mind, that translated into her not being able to make healthy decisions for her life and the relationships in her life.

At the time, I was, of course, supportive, as I erroneously believed she was actually a decent person whose lamentations were born of sincere regret.  I genuinely felt that the fact she could feel such deep-rooted angst, but still have the fortitude to follow-through with a painful divorce, showed that she had a great deal of courage to do what she felt was right for her and her life.  And, for any mentally healthy and emotionally stable person, I fully embrace those empowering and supportive words that one should most assuredly leave an abusive relationship/marriage.  And according to Julia, that’s what her second husband of almost 7 years was – an abusive narcissist.  However, now standing on the outside looking in, I question her assertion that he was a narcissist, let alone abusive.  Perhaps he was.  Perhaps not.  What I can tell you with certainty, for a narcissist such as Julia who has never in her life truly accepted accountability for being the major contributing factor as most of her relationship’s failures, if not the sole factor, the sad truth is that she is her own worst enemy and will someday be her own undoing.  Narcissists like Julia are the only true reason that they will never know any genuine form of peace or lasting joy.

Knowing this, I predict one of two things is going to happen in Julia and Artie’s marriage, and you can rest assured the same will most likely follow suit with your narcissist and all of their future relationships. Either Julia and Artie will very quickly discover that they don’t know each other even half as well as they thought they did and find themselves at odds almost every day – lest we not forget that they also work together as nurses in the same hospital and on the same floor – but Julia will steadfastly refuse to embrace the public disgrace of a third divorce so, onward they miserably trod, perpetuating the façade of a happy marriage as best they can while Julia finds someone else with whom to have yet another surreptitious extra-marital affair, as she did on her first husband and as she did on her second.  Or they will divorce and, once again, my narcissist will be on the prowl for yet another primary source of narcissistic supply.   And that latter option is the most unnerving for me as it means she will very likely wind up on my doorstep at 11:07 PM, like she did one night shortly before our final discard phase, saying, “I just had to see you.”

I’ve never been a particularly vindictive person, even when someone has caused such deep pain as Julia did me.  Nevertheless, part of me is actually looking forward to an impromptu audience with my dethroned czarina as I will finally have the opportunity to tell her all the truths I have longed to say since the day I finally 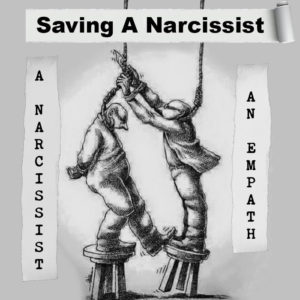 saw her for who and what she actually is.  However, a part of me wonders if I’ll be able to be so calloused and cruel as to throw salt into someone’s wounds, even my narcissist’s.  What about you?  If your narcissist showed up on your doorstep, head in hand, tearfully beseeching your forgiveness and your counsel, would you extend an olive branch?  Or the finger?