What amazing parts of you did you hide to make your narcissist happy?  More importantly, Why?  With my narcissist, Julia, it was my (admittedly) exuberantly expressive and somewhat boisterous sense of humor.   Julia is a relatively quiet and reserved girl, at least in comparison to my fervent loquaciousness.  Needless to say, it didn’t take 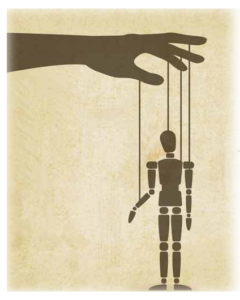 long for her to effectively manipulate me into being quieter and more reserved when around her.  At the time, she very deftly convinced me that the me she had surreptitiously twisted me into, was the me that was happiest when I was with her.  But the reality is, I was more worried about losing her if I continued being the real me than I was concerned about losing the real me if I continued being with her.  You see, somewhere in all of that manipulation, triangulation, and gaslighting, I’d lost my identity in the relationship with my narcissist and I was brainwashed into believing who she had changed me into was who I truly wanted to be.  The thing is, it wasn’t.  And I feel quite confident that you experienced this same, if not a very similar, dynamic.  So, where along the journey with your narcissist did you feel the need to hide some part of the beauty that is you? 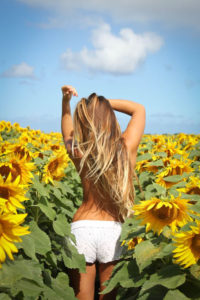 Julia, like most narcissists, was always so sure of herself, presenting an air of confidence and certainty everywhere she went.  Now, don’t mistake that to read she was actually confident or self-assured.  Perhaps, the more accurate statement would be that Julia was full of herself.  As with many narcissists, she was secretly so fragile, thin-skinned, and irascible.  She was always right, no matter how wrong she was, and anyone and everyone else was expected to perpetually bow to her brilliance and extol the elevated intellect with which she graced all in her presence, daily.

But please don’t misunderstand.  Julia is indeed an insanely brilliant girl.  In fact, I would go so far as to say that she’s probably one of the most intelligent and educated people, if not the most intelligent and educated person, I have ever met.  Her English, aside from that beautiful Russian accent, was absolutely flawless, which is quite an achievement for someone who came to the States at 19 years of age from (at the time) Russian-occupied Uzbekistan, speaking zero English, to speaking absolutely perfect English by the time I met her just 17 years later.  And, as chronicled in previous articles, during the course of our 4-½ years together, she went 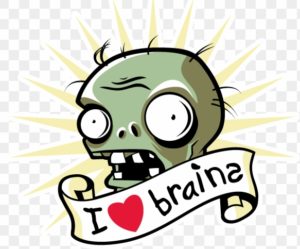 from being a math teacher/instructor at a local college, to completing her bachelor’s degree in nursing (R.N.) where she finished the program with a phenomenal final grade of just over 98%.  And, for me, smart has always been so unbelievably sexy!  So, yes.  I had complete respect and abyssal admiration for that beautiful brain of hers.

The thing is, in general, narcissists are remarkably intelligent people.  That’s not to say that all are brilliant, but quite a few are exceptionally smart.  After all, you rather have to be if you have 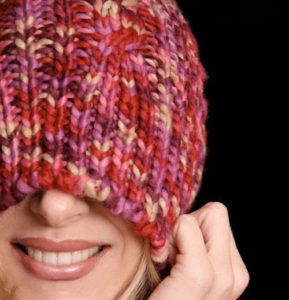 any hope of successfully manipulating and controlling others to effectively keep the proverbial wool pulled over their eyes.  One of the problems with my deep admiration of Julia is that I grew to idolize her.  So much so to the point that I found myself, many times, in awe of her intellect, not intimidated, mind you, but in genuine wonder at her beautiful brilliance.  And, as time wore on, I found myself becoming more and more unsure of my own intellect, even going so far as to not stand up for myself and voice disagreement when she said or did something that I knew with certainty was morally or factually fractured. In fact, it wasn’t long before I soon found myself presenting a façade of ignorance just to keep the peace.

One such example was her repeated assertion that, despite two husbands who had not been faithful to her, she had never been unfaithful to either.  I remind you that here she was, preaching how pious and committed she was in both of her marriages, when she had, in fact, slept with someone else while still legally married to both husbands.  Even though she was adamant that she believed sex outside of wedlock was a horrific sin, it still didn’t stop her from enjoying that forbidden fruit on a multitude of occasions with more than once man.  “Horrific sin” aside, her justification was that she was separated so it was acceptable to sleep with someone else, even though she was still legally married.  Now, normally, I would agree with this under two conditions:

Neither of those conditions applied with Julia.  In fact, when I came into the picture, her second husband, Mr. B. and she had been trying to work things out for about six months; however, according to her, all of those efforts repeatedly ended with them arguing and him storming off and going back home to California.  As it 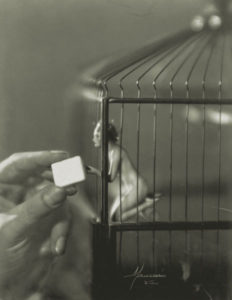 happened, Julia explained to me that Mr. B., “…can’t let me go! He keeps hoping that things will work out between us.  But I’m through!  I don’t want his money (he is a multimillionaire).  I just want out and I want to be with you.”  She often said, with him, she was, “…as a bird in a gilded cage.”  And while I’m by no means a pauper, I’m also not a millionaire.  I was humbled that she would choose love over money.  But the thing is, technically, she was being unfaithful to Mr. B. because she kept leading him on, she kept making him think that she was still very much single and, as such, very much available.  “To what end?” you might ask.

Let’s not forget that narcissists are all about control, duplicity, and manipulation, and Julia was exceptional at all three, especially with Mr. B.  So when she continued to lead him on, thinking that she was still very much single and available, it was because she felt he owed her something (money), and by keeping him hanging on, thinking there was a chance of working things out, she felt she had some vestige of a chance at recompense.  As a result, I bit my tongue every time she made the absurdly inaccurate statement that she had never been unfaithful to either of her husbands when it was, in fact, a bald-faced lie.  With both husbands, and I was to later discover, with me, as well, she was professing piety and fidelity when she was, in fact, burning calories beneath the sheets with someone else.  Hers were Morals of Convenience.

Consequently, as part of the almost daily process of biting my tongue, feigning ignorance in an attempt to avoid conflict became the status quo with me.  And if I did dare to say something that I felt might offend or 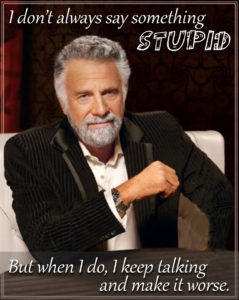 upset czarina Julia, I made sure it was phrased in such a way so as not to garner her ire or be misconstrued as insulting, at least as best I could.  But, even then, more than once, I did manage to put my foot in my mouth (a skill I seem to have honed to perfection over the years).  There was more than once where, during a heated disagreement, I had decided I wasn’t going to take any more of the inane absurdity that had come to be our relationship, and I gave far better verbal rebuttals than I got.  But the deeper down that rabbit hole I ventured, the angrier it made her, and she found herself less and less able to verbally better me.  And then finally, realizing that I wasn’t going to back down, she played her trump card.  “The perfect lawyer.”  That’s it.  That was all she had to say.  And I was instantly overcome with guilt and remorse, apologizing to her for, in essence, standing up for myself and not letting her walk all over me.

So what’s the deal with, “The perfect lawyer?”  You see, very early on in our relationship, Julia had recounted to me that Mr. B. would always twist and contort her words in any argument to the point that she found herself doubting her position in the argument and whether or not she had any right to actually be angry.  She would tell me, “He was the perfect lawyer.”  So when she directed that same statement at me, I instantly retreated, feeling that I was no better than her purportedly abusive Mr. B.  And it worked every single time.  (Remember, a large part of any narcissist/empath dynamic is control via manipulation.)  And even though I knew I was right, and not only that, I knew I had every right to be infuriated at her for whatever latest lie, transgression or infidelity had come to light, I always backed 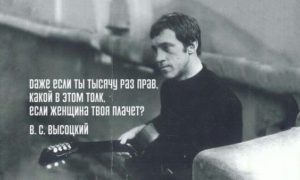 down because keeping the peace in this toxic and abusive relationship with her was so much more important to me than being right.  There is a Russian singer, songwriter, poet Vladimir Vysotsky who said, “Even if you are right 1,000 times over, what good is it if your woman is crying?”  And the thought of hurting her to the point of tears cut me to the core.  I could never bring myself to raise my voice to her, let alone my hand.  To even conceive of making her cry?  No.  I loved her more than winning any argument.

So what amazing and beautiful part/s of you did you suppress, or just outright refuse to nurture and embrace in an effort to appease and please your narcissist? Whatever it was, no matter how you might have tried to justify it to yourself then, hopefully, now you realize that all those amazing and wonderful traits which comprise the magnificent wonder that is you, are each and every one just as beautiful as the other.  Every perfect imperfection works in symbiotic synchronicity and unison to become the aggregate gift of you.  And you should never feel the need to hide the you who is truly you, especially from someone who professes to truly love you.  Your homework for today is to watch this fantastic YouTube video by J. P. Sears, a life coach who mixes hilarity with truth to bring you some wisdom you should never forget:
Always say, “Yes,” to your weirdness:
https://www.youtube.com/watch?v=79zra755WgA