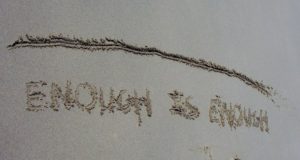 Today’s post is going to be a bit short.  I was recently faced with the difficult decision of whether or not to end a friendship of almost 30 years.  A very close friend lied about something that was paramount to me.  And this wasn’t the first time it had happened.  However, unlike before where I overlooked their flagrant fabrication, I decided it was time to draw a line in the sand and execute a decision by which to stand firm.

The specifics of the situation aren’t of any particular import.  What matters is that this time, just as it was last time, their deception cut very deeply.  Here’s the thing – people will generally lie to you for one of two reasons; either they feel they 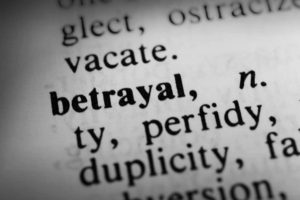 can get away with it because you’ll let it slide, “Eh, s/he’ll get over it.”  Or they feel you’re not intelligent enough to figure it out.  While I’ll admit I used to be extremely easygoing and somewhat quick to, “get over it,” I’m no longer so easygoing as to allow someone else to take advantage of me to such a denigrating degree.  However, instead of making a hullabaloo, I quietly walked away.  And while they did make a diluted effort to reach out to me the next day, I ignored their half-hearted attempt at reconciliation.  They’ve left no doubt in my mind as to how little I and my friendship actually mean to them.  As I see it, I’m doing us both a favor. 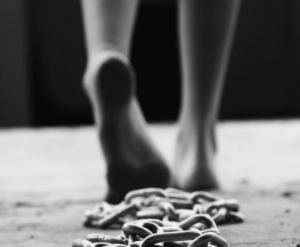 for me, the most empowering truth to take away from those dark times is this; once you’re able to walk away from someone who was your world, your universe; your everything, and rebuke the inherent abuse that entails loving a narcissist, you can walk away from any unhealthy relationship, toxic or otherwise.