How many times did you sacrifice your sanity and happiness for a few pieces of peace with your narcissist?  I lost count with my narcissist, Julia.  You see, at the time, I had 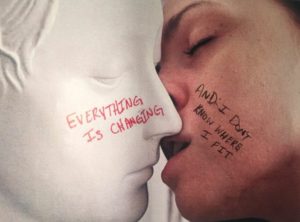 become convinced that those days, weeks, even months of misery with her were well worth those very few fleeting moments of joy and happiness together.  The reality is, they weren’t.  And I suspect you found yourself faced with a  similar dynamic and mindset whether you realized this to be the case while with your narcissist or perhaps you only came to this epiphany after things had ended via the dreaded final discard phase.

I honestly don’t recall how I initially came to not only accept but to embrace such a flawed and twisted concept – the idea that the very few ephemeral minutes or hours of blissful heaven with Julia could, in any way, offset or offer some semblance 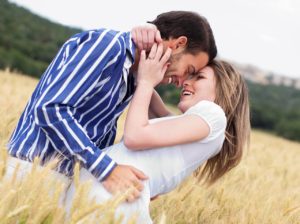 of balance in the untold and seemingly endless days and nights of what became the hell that was loving her.  I’ll admit, the first 4-5’ish months of our relationship were quite nice.  While not paradisical, they were remarkably nice, nonetheless.  Nice enough that, even four torturous years later, long after the initial love bombing phase had ended, I was still holding out hope that the girl whom I had first met, and with whom I had fallen so deeply in love, would somehow come back to me and supplant the narcissist who now lay beside me.  As Julia put it, “She’s still in there, inside of me, but she’s afraid to come out.  Afraid to be hurt.”  And you see, I think that’s where it all started.  That proverbial carrot being dangled in front of me to keep me pedantically plodding along on the road to my own personal purgatory.

According to Julia, her second husband, Mr. B., had been abusive.  Granted, from all the things she shared with me, it most assuredly sounded that way.  From what she said, if true, he was a reprehensible person.  However, the thing we must always keep in mind, no matter who we are or how kind we are to someone, we will always be the villain in someone’s story.  Just as part of that unequivocal truth is it’s never the narcissist’s fault that each previous relationship ended however horribly it ended.  Perhaps Mr. B. was indeed a narcissistic ass as she claimed he was.  Or, perhaps he was a victim just like me.  I guess that’s one of the many questions to which I’ll never have an answer.  The thing is, when it comes to loving a narcissist, every ex is always the reason why the relationship didn’t work.  It was their actions, their words, or most generally a combination of both, that facilitated the end of the previous relationship/s or marriage/s, but it was only in finding you when it all changed.  You, the person whom they love wholely and eternally.  You, the person and place where 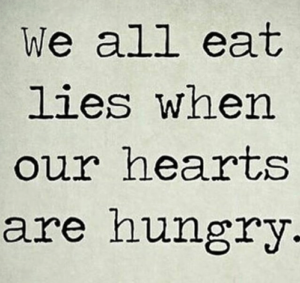 they should have been all along.  Sound familiar?  Yeah, I fell for it, too.  But don’t beat yourself up.  You were merely starving to receive the same love that rests within you which you long to give.  No one can fault you for eagerly embracing such beautiful lies when someone you love so deeply professes false truths you’ve hungered to hear.  So stop being so hard on yourself.

The reality is, in retrospect, I can now see far more clearly all those things that Julia tearfully told me – those half-truths and wholehearted lies meant to garner my affection and merit my unwavering commitment – were really nothing more than her efforts to procure and secure me as a new source of narcissistic supply to replace her previous source.  And Julia knew exactly how to play that game, and me, so as to ensure herself, in my case, a solid four years of genuine worship, affection, and adulation.  It was her professing that the person I fell in love with was still inside of her, too scared to come out, that prodded me to continue down the dusty road to damnation, foolishly having faith that she and I could be happy like we were when we first met.  I felt if I simply showed her a deeper love – gave more, showered her with even more emotion and affection, was more willing to 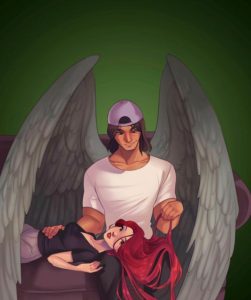 meet and accept her unreasonable demands and unrealistic expectations with less resistance (read not setting healthy boundaries), and was available for and to her 24 hours a day, 7 days a week; if I just sacrificed more – we could be happy again.  At least that’s the lie I told myself.  Is that the same lie you told yourself?  It’s okay if it was.  The thing is, too much is never enough, not when it comes to placating and satiating a narcissist’s hunger.

In the end, I wasted 4-½ years selling my soul to the covert evil that was loving a narcissist, just as I suspect you did, too.  Well, let’s be honest.  We whored our soul out to someone who heartlessly, emotionally, and psychologically raped us repeatedly and called it love.  But we’ll call it renting our soul, for now.  That has a much better ring to it and makes an unpalatable truth a little less bitter-tasting and a tad easier to swallow.  Either way, it was only toward the end of my time with Julia when I finally realized, in the span of those few years, I had truly loved a lifetime with someone who had greedily reciprocated with an eternity of emptiness, leaving me bereft and emotionally bankrupt.  Beautiful, never forget: no one 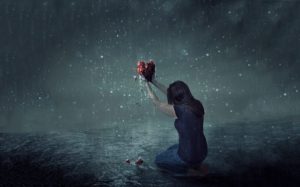 is worth such a monumental forfeiture of your heart and sanity as to futilely attempt to fill their eternally abyssal darkness with your light.  Never sacrifice your inner-peace simply to hold on to a small piece of someone.