Okay, I will freely admit that I stole the title of today’s entry from the fantastic 1988 movie of the same name.  But in my defense, we do have a serpent in 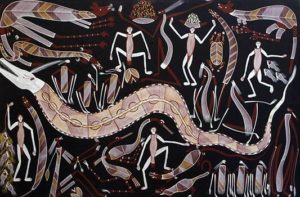 today’s entry.  🙂  I’ll confess that I’ve never been a particularly religious person, having always felt that religion was the commercialization of spirituality.  In other words, “How do we make money off of your beliefs/faith?”  Conversely, I am a rather spiritual person, probably more so than the average individual.  That being said, I recall one particular sermon, from many years ago, that ran eerily similar parallels to dating a narcissist.

A man sees a serpent lying on the ground one very cold day. Feeling pity for the reptile, he picks it up and places it in his jacket, close against his chest to warm it.  As the man walks on, he feels the snake begin to stir and knows he’s done the right thing by saving its life.  As the snake became more active and aware, it bit the man on his chest.  The man felt the cold sting and dropped to his knees as the snake wriggled from beneath the man’s garments and slithered off.  That story has stuck with me all this time.  And it’s so amazing how it’s not too unlike loving a narcissist.

Many times, the narcissist will project themselves as being in need, or even dire straits – generally females will do this more than men.  Sometimes the narcissist is in legitimate peril, as with our serpent, and sometimes it’s all a ruse to extract sympathy and attention from a potential (new) empath.  Now, before you get your pen and paper ready to scribble out a hate-letter about perceived sexist views, hear me out.  The damsel in distress routine is a tried and true method of landing someone who (hopefully) has a caring and nurturing nature.  And as men, we’re suckers for it.  We just can’t turn a blind eye when we see a woman in need.  Whether it’s 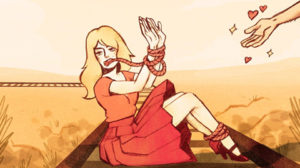 protection (knight in shining armor syndrome or what I call “Superman Complex”), a stalled car or help with changing a flat tire on the side of the road, don’t have enough money in the checkout line at the store – what have you – we men are simply unable to refrain from helping a damsel in distress.  Women know this.  And there’s absolutely nothing inherently wrong with this approach when a woman is looking for a potential suitor.  However, armed with this knowledge, many times the narcissist – male or female – will also use it to ensnare and entrap their new empath.

In my case, my narcissist was in the throes of separation from what she described as a very abusive marriage.  She regaled me with stories of what a terrible person her husband, Mr. B., was, with tales ranging from mental, to physical, to emotional, to sexual abuse – she detailed that he ran the full gambit during the course of their 6-year marriage.  (As an aside, this is also where I suspect she picked up a number of character traits and mannerisms from him, as he was her narcissist, that awoke latent narcissistic tendencies within her which I covered a little more in-depth in What Happens When a Narcissist Falls for a Narcissist?.)  And she made sure to tell me about all about the things she wanted me to believe he’d done to her because she knew that I wanted to save her or, more accurately, she knew that I would save her.

Being a man is bad enough.  As men, all we want to do is fix things.  It’s ingrained in us.  It’s part of our nature, our very existence!  Here is a hilarious (and short) YouTube video which uproariously brooches that dynamic.  So, with me being a male empath, when I looked into those beautiful, brown, Russian eyes of hers, yeah, I didn’t stand a chance.  As outlined in my Superman Complex entry, I have an innate desire to help someone in need…especially someone for whom I care very deeply.  So when I heard about all the horrible things Mr. B. had done to her, all I could imagine was me swooping in 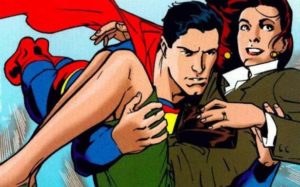 to save her.  Fanciful, I know, but then I’ve always had a flair for the dramatic.  Regardless, over the course of that first week, after we initially met, and the ensuing months that followed, she relayed to me all manner of atrocity that Mr. B. had purportedly perpetrated against her.  She and I drew ever closer and it wasn’t long before I fell for her and I fell hard – hook, line, and sinker.

At first, I thought I’d won the lottery.  Here was this absolutely stunning, intelligent, sensual, sexual, charismatic, educated, sensitive, Russian woman and she was so in love with me!  But it wouldn’t be long before she used the narcissist’s age-old weapon of trauma bonding to make absolutely certain I was hers and hers alone.   How well does trauma bonding work?  Well enough that even years after the initial 3-6’ish month love bombing phase has ended, you’re still stuck there, in that toxic, destructive microcosm, trying your hardest to fix something that, quite honestly, you didn’t break.  You keep thinking the person you fell in love with during that initial love bombing phase is trapped somewhere inside of this dichotomously 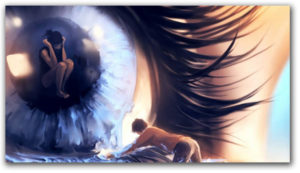 perplexing and vexing person.  If only you could rescue them!  If only you could reach deep inside the narcissist and help that beautiful person you first met to come back to the surface.  They’re still somewhere in there, right?  Buried beneath all the pain, passion, cruelty, kindness, belittling and beguiling that is the narcissist.  If only you could rescue them then s/he’d be happy again and then you’d both be happy again, back together, and things would go back to being amazing, just like they used to be.  You see, that is the magic of love bombing and trauma bonding – it keeps you hopelessly tied to the narcissist, regardless of if your friends, common sense, intellect, and intuition all warn you to the contrary to run, to flee, to seek refuge – you stay.  And you do so willingly.  Maybe you can save them.

Unfortunately, much like the serpent the unsuspecting man rescued from certain 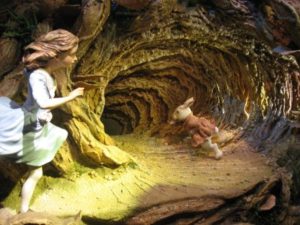 death on that cold ground, there is never any true redemption for a narcissist.  No matter how laudable your intentions, no matter how truly pure your desire to save that soul in need may be, a narcissist will always, at their very core, be a snake.  And if you venture down that particular rabbit hole seeking to rescue them, you will always, always be bitten in the end.

Do You Believe In L❤ve At First Sight?